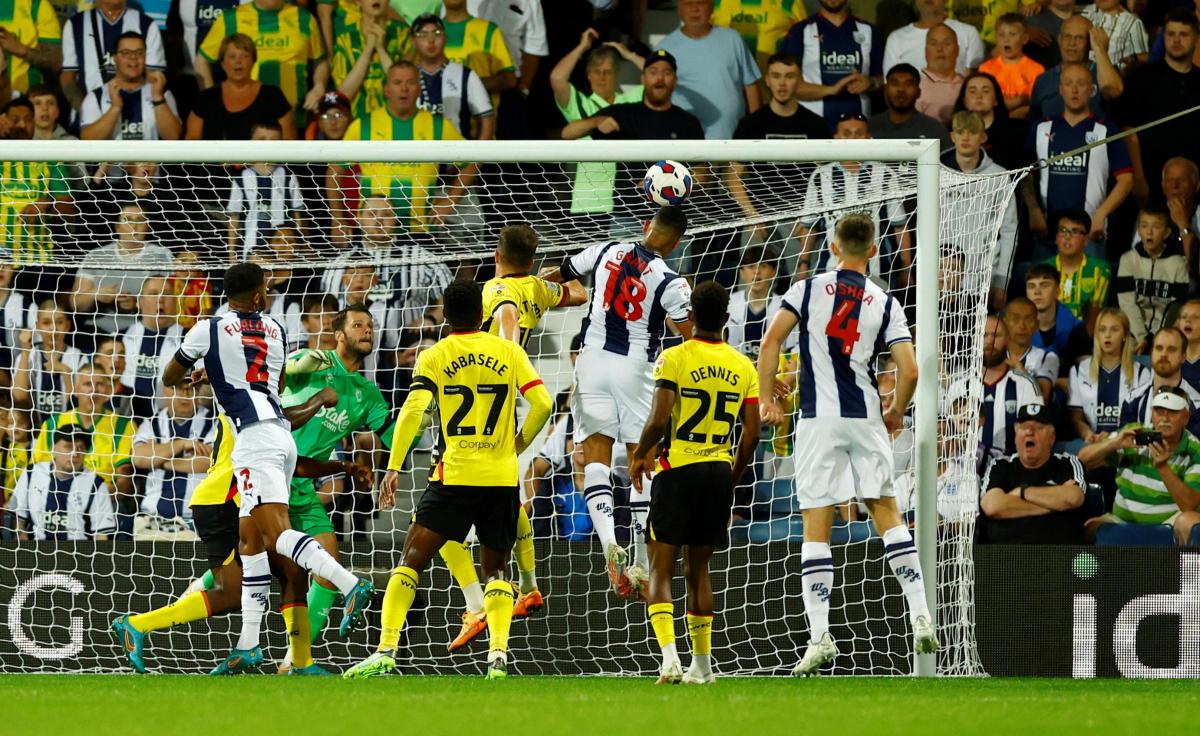 The relegated Premier League side drew their second game of the new Championship season.

Watford's manager Rob Edwards has stated that his believes his team deserved the luck they received in their 1-1 draw with fellow Championship side West Bromwich Albion.

Despite prolific finisher Emmanuel Dennis starting, it was Ismaila Sarr who gave Watford the lead with a miraculous goal after 12 minutes.

West Brom controlled the game throughout and only managed to secure a 1-1 draw thanks to a late equaliser and some excellent saves from Dan Bachmann.

Sarr had a chance to win it for Watford with a penalty late in the second half, but David Button saved it.

Speaking on Sky Sports he said: I can’t say I enjoyed it. What I did enjoy was the heart and the fight we showed, especially in the second half.

We couldn’t keep the ball long enough, we couldn’t find a rhythm and West Brom were the better team.

Maybe there was a bit of a luck but we earned that luck to get a point in a very difficult place.

He waxed lyrically about his striker's superb goal, scored from inside his own half after taking a touch and spotting Button off his line.

Edwards said: I’ve not seen [him do that] yet on the training ground but I‘m not surprised because he is super talented.

When he started lining it up I thought ‘here we go’ but as soon as it left his foot it was in and it was an amazing goal.

That’s down to Ismaila and his quality and being able to see it.

It was just a moment of genius really.

And there was no concern about the penalty miss.

The boss said: I’m sure he’s disappointed but he’s incredible and a big reason why we got a point.

He’s scored a goal from nothing and he was brave enough to step up and take the penalty.

It didn’t go in but we probably didn’t deserve it.

We’ve got a lot of people to be proud of and he is one of them.