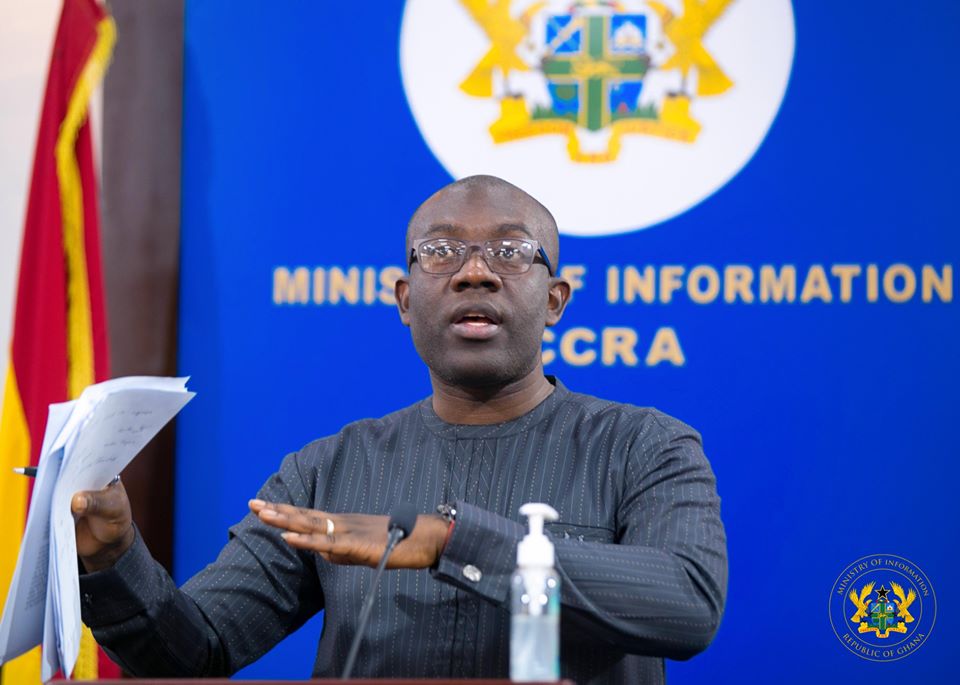 The Minister of Information, Kojo Oppong Nkrumah has said recent events by some Ghanaians shows a worrying pattern of trying to create instability.

He said the bloody ‘Arise Ghana’ demonstration is one of recent examples of trying destabilize the country.

Speaking on Good Evening Ghana on Metro TV, the Minister said Ghanaians should be worried by this trend.

“There is an obvious attempt to create instability in our country, we don’t need to mince words about it. And there is a trajectory, first there was a group that wanted to demonstrate with weapons.

“Then there was this group that said they wanted to demonstrate from the evening throughout the night till the next morning and the Police raise obvious questions…” he stressed.

He continued: “This is even daytime, in broad daylight at Obra Spot here in Accra and you have people attacking police people in this manner, can you imagine what could have happened at night if indeed some of these things were allowed to continue.”

He further accused the demonstrators of breaching the order given by the court relative to the approved route.

He said the Police had confirmed at a National Security briefing that tear gas was first fired at their personnel who had formed a barricade to force the protesters to use the agreed upon route.

The Ghana Police Service has also disclosed that it has arrested 29 people in connection to the violence that happened at the demonstration yesterday.

According to the police, the organizers of the protest will also be arraigned before court.

In a statement copied to the media, the police said the arrest was as a result of the demonstrators’ involvement in the “violent attack” on police officers.

“The police have arrested 29 demonstrators for their participation in violent attacks on the police and some members of the public, including school children, during the Arise Ghana demonstration in Accra.”

The Ghana Police Service said it is reviewing available video footage of the event and will not hesitate to apprehend all other persons who incited the violence.

Bolt to reward drivers in a promo