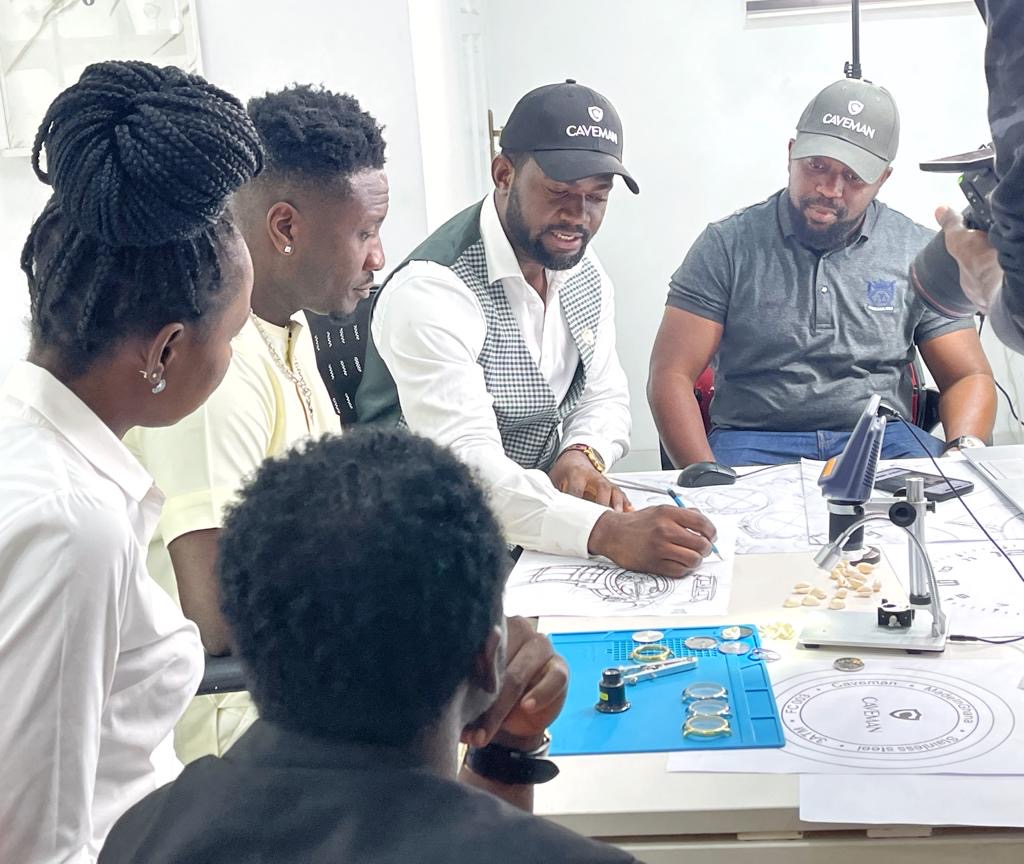 Ghana legend Asamoah Gyan is the proud owner of three customised 24-Karat surgical steel watches that are worth GH¢150,000 each.

The CEO of Caveman watches, Anthony Dzamefe, unveiled the limited edition watches during the launch of the veteran striker’s autobiography.

Citisportsonline reports that the watches which were presented to Gyan at the Kempinski Hotel are dubbed “Golden 3 Legacy”.

They are said to be made of 24 Karat surgical steel and have the date of Gyan’s book launch inscribed on them.

The special watches also have a customised tourbillion movement featuring a 24-hour revolving jet and cowry.

Other features include a cowry-powdered constellation dial garnished with Gyan’s signature and a robust, luxurious handmade leather strap.

The former Sunderland star launched his memoir, titled ‘Legyandary’, on April 31, 2022, becoming the first active Ghanaian footballer to do so.

Businessman Dr. Ernest Ofori Sarpong bought the first copy of the book for a whopping GHc100,000, with the MP for Assin Central Kennedy Agyapong also picking the second copy for the same amount.

Freedom Jabon Cesar and GFA President Kurt Okraku also splashed GHc50,000 to acquire a copy of the book at the event.

Several other people supported Gyan on his big day by paying huge sums during the auction of the first 50 copies of the former Ghana striker’s autobiography.

Meanwhile, Gyan's GHc150,000 watch has generated talks on social media, with some Ghanaians sharing the views on the veteran striker's lavish spending.

On Twitter, Khojo Hazard wrote: I know I'm poor so if I say something people would rubbish me but I would still say it. I won't spend over 1000 cedis on just a watch that I can see the time or clock on my phone and for different countries at once or I can even get a designer 1 for 50gh at the Madina market.

Bismark Agbeve added: Hmmmmmm, my concern with this wealthy people sometimes is, they many at times buy very very expensive items or properties, while there many who suffering that are finding it difficult to make it. Such money can be used to benefit a lot, I know some are helping, but problems still.

Gyan revealed during the launch of his autobiography that all proceeds will be used for charity.