Ridwan Olalere and his journey to the Lemonade stand 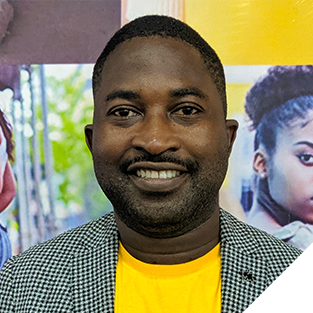 Ridwan Olalere and his journey to the Lemonade stand

Africa's early 2000’s technological boom ushered in a new era of innovation to solve problems unique to the continent.

From off-grid solar power to mobile money solutions for the unbanked, technology is helping to solve key development challenges in Africa. Across the continent, scientists, engineers and entrepreneurs are using their understanding of the needs of their communities to innovate to solve problems.

For instance, Interswitch was founded in 2002 when there was almost no infrastructure or technology to support electronic payment in Nigeria. Mpesa opened a new world of mobile money transfers in 2007. Sproxil gave a fresh way to fight drug counterfeiting in Ghana with authentication. Entrepreneurs, investors, policy advocates and developers are key players in creating an enabling environment for innovation to thrive.

Every system has the core pieces that hold it all in place. For instance, in Nigeria, investors like Sim Shagaya, who has been instrumental in funding many startup dreams, policy advocates like Kola Aina, who play a vital role in helping create an enabling environment for innovation to thrive and developers like Ridwan Olalere, who served in various positions in the ecosystem during this new era, are essential change agents in the current ecosystem.

Ridwan Olalere discovered technology and his passion for programming while studying Aeronautical engineering at Shenyang Aerospace University in China from 2008 to 2012. According to Ridwan, I began my career as a WordPress theme designer for BuddyPress. Buddypress was then used to create online communities. Using his skills as an aviation software developer, he created CATIA-based software for automating the development of aeroplane models while in college.

After college, he returned to Nigeria in 2012 and continued developing his programming skills. In 2015 online payment and internet penetration particularly for mobile devices was on a steady rise. With travel to Nigeria rising, hotels constantly looked for new ways to reach potential clients, and hotels provided reliable solutions. Hotels.ng was one of several startups that sprung up in the early 2010s founded by Mark Essien. It was Nigeria's biggest booking portal for hotels. Ridwan joined Hotel.ng in 2015 as the Engineering Manager, responsible for planning, coordinating, and overseeing technical and engineering tasks. He was in charge of organising engineering projects, ensuring that they ran well, and supervising and assisting other engineers. In executing his role he soon recognised the need for a Developer community, as existing well-known ones, such as GitHub, were not accessible to anyone trying to get into the tech industry at the time. He spoke with several developers to discuss the possibility of forming a larger community. With their help, they founded Forloop.

In 2016, Ridwan, Prosper Otemuyiwa, Ire Aderinokun, and Christopher Nwaba, Nigerian software developers and tech professionals, formed the community. Still, it has spread across Africa as a platform for people to share knowledge and connect to grow and create opportunities to advance each other's careers. Alongside Andela and Devcenter, ForLoop is one of the most significant contributors to the growth of technical talent in Nigeria and Africa.

Nigeria continued to play host to a strong and growing fintech ecosystem which is largely driven by a massive unbanked population. Fintech startups and mainstream banks provide innovative digital solutions and offerings ranging from banking services, alternative lending and digital credit and remittance transactions. Flutterwave was one of the companies formed to drive such solutions. Launched in 2016, Flutterwave, helped businesses build customisable payments applications through its Application Programming Interface. The company’s technology-based payment solutions focus on the African market. Platforms like Uber, Booking.com, Transferwise use Flutterwave to process their payments. Ridwan joined Flutterwave in its early days as a senior software engineer. His work included developing and delivering code that could support new product features, maintaining the code and application security at all times, and guiding and mentoring new engineers and interns.

During his time at Flutterwave, he built a product that is now the cornerstone for E-payment in Africa. He moved on to Opay and eventually became the Director of Operations at Oide, a transportation service owned by OPay, one of Nigeria's most prominent mobile money platforms. In July 2020, OPay suspended its transport, logistics and food delivery operations in Nigeria to focus on payments & e-commerce. This suspension was for several reasons, including a harsh business environment and a ban on motorcycle operations in select areas by regulators.

The experience navigating regulatory landmines at OPay would prove critical when Ridwan became country manager for Uber Nigeria in 2020. The ride-hailing sector was then at a regulatory crossroads. He was in charge of an expansion into Abuja and other states. With an ambition to be everywhere, especially in cities that require safe, reliable, and efficient transportation, the operations of Uber Nigeria were hit by two critical events in 2020. The unexpected outbreak of the COVID-19 pandemic, which led to months of movement restrictions and necessitated social distancing rules, cost transportation companies like Uber millions of naira in revenue.

The pandemic had a far-reaching effect on employers and employees outside the transportation sector, some households endured income losses due to lay-offs, reduced working hours including education, training, and employment disruptions. The world was more receptive to people working remote to curb the spread of the virus. This led to a more flexible recruitment process and a bigger hiring pool as a location was no longer a limiting requirement for candidates globally. The following year saw an exodus of Africans migrating like never before. More Africans decided to leave their home countries for job opportunities, education, or the proverbial greener pastures. This introduced additional issues, the most notable of which was borderless payments. How would Africans send money back home without facing discrimination, restrictions, or going through a middleman? Ridwan and his cofounder Rian Cochran provided a solution in October 2020 with a service called Lemonade Finance.

Ridwan assembled a team of the best people he has met throughout his professional career to create Lemonade Finance. The company's initial vision was to develop borderless payment options for Africans. The goal is to enable Africans to use their money seamlessly by providing them with access to the currencies that matter, notably the currency of their home country and that of their resident country.

Today, Lemonade finance users in the U.K and Canada can now send money to ten African countries, because of these straightforward solutions, Africans living overseas may now manage enterprises, care for their families, and pay their expenses efficiently. Lemonade Finance solves the problems immigrants face in new countries by building a global bank for immigrants on its own infrastructure. it guarantees seamless account opening processes, with support for a wide range of African currencies. They also provide support for a bidirectional flow of funds, and credit facilities by allowing immigrants to use credit histories from their country of origin.