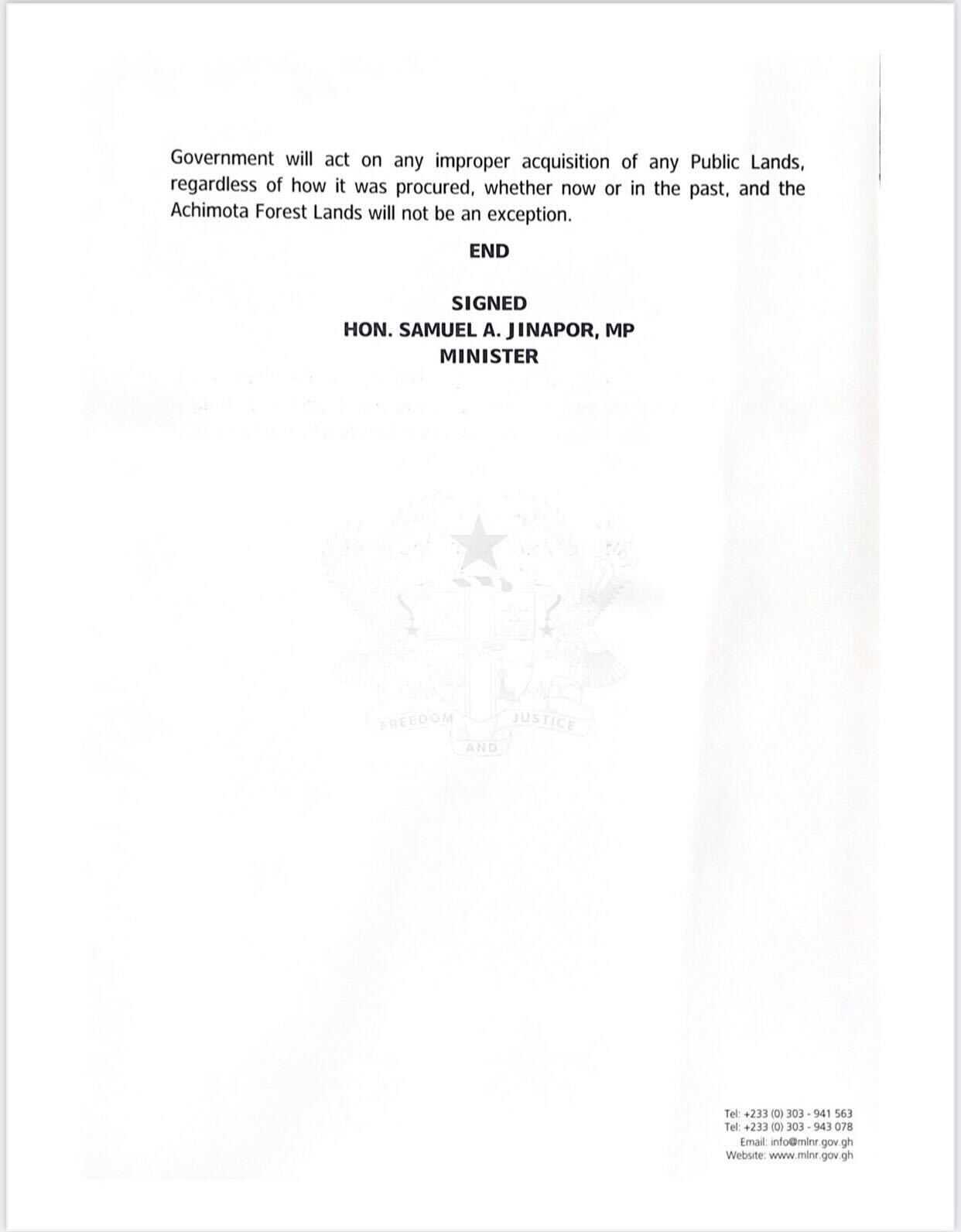 The Lands and Natural Resources Minister Samuel Abu Jinapor has declared the Achimota Forest Lands and Ramsar Site lands mentioned in the Will of late Chief Executive of the Forestry Commission, Kwadwo Owusu Afriyie, popularly known as Sir John as void.

According to a statement signed by the Minister, the Achimota and Ramsar lands will not be given to the beneficiaries named in Sir John’s will.

“I, as Minister for Lands & Natural Resources, have directed the Lands and Forestry Commission to deem any ownership of lands, both in the Achimota Forest and the Sakumono Ramsar Site by the late Kwadwo Owusu Afriyie as void,” the Minister said in a statement issued on Tuesday, May 24.

Mr. Abu Jinapor opined that the lands will continue to be property of the state.

He also reiterated details of the land acquisition cannot be found at the Lands Commissions.

“Further checks at the Lands and the Forestry Commissions, the repositories of the records of the lands in question, show no record of ownership of Lands at, the Achimota Forest or the Sakumono Ramsar Site, by the late Kwadwo Owusu Afriyie,” the statement said.

The Ministry had earlier said it took a serious view of the reports and has directed investigations into the matter.

“The Ministry takes a very serious view of the allegations and has requested all documents relating to the lands in question, as part of an initial inquiry to ascertain the veracity of the claims. Considering that the issues that form the basis of the allegations predate the tenure of the current Minister, Hon. Samuel A. Jinapor, MP, it is important that he is seized with the full facts to enable him take appropriate action, if, indeed, there is any merit in the claims,” portions of the statement by the Ministry said.

The alleged will of the late CEO of the Forestry Commission, has been the toast of social media in the past few days. It has provoked anger among some Ghanaians.

Here is the full list of properties in the will.