Suffering, human rights abuses and deaths - the story of migrant workers in Qatar 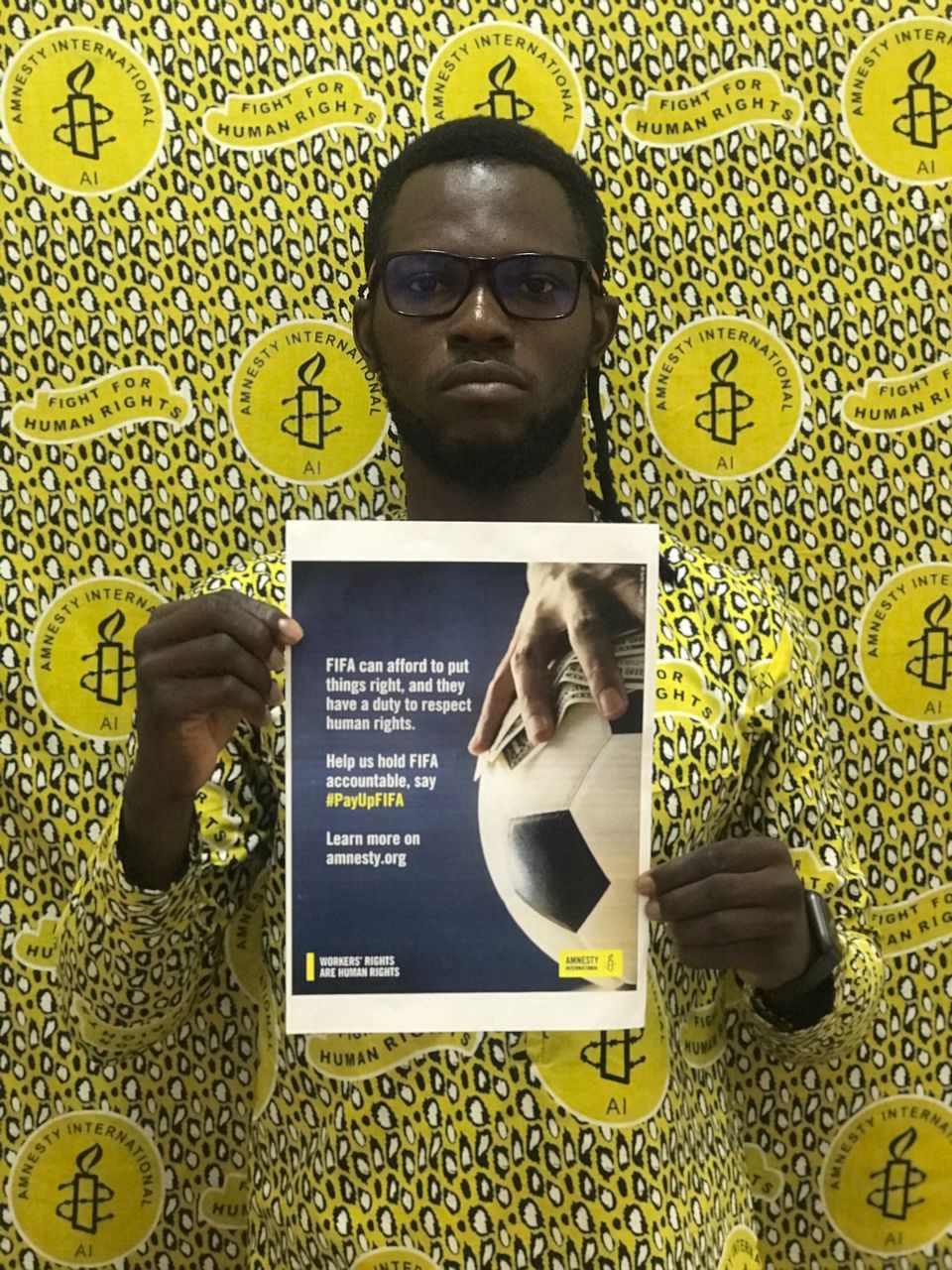 Suffering, human rights abuses and deaths - the story of migrant workers in Qatar

We don’t know what to do…. We are heading to seven months without salary. This is the story of Daniel, one of the migrant workers working on a World Cup stadium in Qatar.

Amnesty International has recorded several human rights abuses among migrant employees working at Qatar Meta Coats (QMC). Among the several workers interviewed, some said they do not have any day off to rest and they are forced to work long hours under threats of pay cuts. For example, security guards told Amnesty International that their pay could be cut up to six days pay if they decide to absent themselves from work to rest.

“We work from January to January, Sunday to Sunday. No day off. If you absent yourself, they will deduct two or more days’ wages,” Godfrey, one of the migrant workers from Uganda revealed.

There have also been reports of unexplained deaths among migrant workers in Qatar. These deaths have been linked to the unsafe working conditions in the country but authorities have failed to investigate the underlying causes of these deaths.

When some of the workers got fed up with the company’s repeated promises and submitted complaints to Qatar’s Labour Tribunal, QMC told workers that they could only be paid if they agreed to end their contracts early and go home. Many other employees said they were stopped from coming to work after the court issue, or for refusing to end their contracts.

By the end of February 2020, QMC had pulled all remaining workers off the stadium and asked them to report to its factory which manufactures aluminium and steel. Many of the workers are currently in critical situations, made worse by the fact that QMC has failed to renew their residence permits.

This is a clear case of exploitation and abuse, and the attention of Amnesty International has been drawn to the issue because it is a case of violation of the rights of workers and a serious offence under international law. When Amnesty International raised the issue and informed Qatari authorities, FIFA and the Supreme Committee for Delivery and Legacy, Qatar’s World Cup organising body, some workers began to receive part of what they had been owed, but many of the workers have still not received their salaries in full.

Several reports have been filed against Qatari authorities over the exploitative system that exists in the country, especially against migrant workers but Amnesty International has noted that no change has been seen so far. Organisers of the World Cup said they had known about the salary delays since 2019, but allowed workers to continue working without pay.

Many migrant workers currently in Qatar risk detention and deportation because Qatar Meta Coats (QMC), the construction company working on the Al Bayt Stadium, has failed to renew employee’s residence and working permits. Many of these workers still live in ‘cramped’ accommodations in Doha as a result of COVID 19 lockdown measures.

Interviews and preliminary investigations conducted by Amnesty International revealed that salary delays began in 2019 and deteriorated in 2020 where many of the workers received no salary at all for their work between September 2019 and March 2020. The migrant workers include employees from Ghana, Kenya, Nepal and the Philippines among others.

The situation is also dire because under Qatar’s Kafala system, migrant workers rely on their employers for almost every aspect of their legal presence in the country. Employers have a responsibility to provide valid residence permits, without which migrants cannot work legally in the country. Failure to have a valid residence permit also attracts fines and migrants could face detention and deportation. Migrants also cannot change jobs without their employer’s permission.

Amnesty International Ghana has joined the global campaign to call on FIFA to take immediate actions to resolve the problem before it deteriorates further. The fact that FIFA has been unaware of the plight of workers at one of its World Cup stadiums for so long suggests that it is not taking human rights abuses linked to the Qatar 2022 World Cup seriously enough.

“If over the past ten years, FIFA had held its World Cup partners to account, and used its clout to push Qatar to fully reform its system, we wouldn’t be hearing the same tales of workers’ suffering,” Steve Cockburn stated.