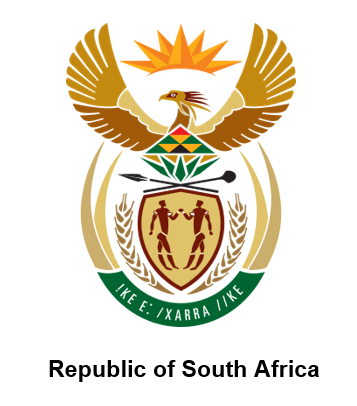 With the expected arrival of COVID-19 vaccine batches in the coming days, South Africa will soon be able to vaccinate one million people in three days.

Addressing the media on government’s response to the COVID-19 pandemic, acting Minister of Health, Mmamoloko Kubayi, said vaccination is expected to pick up momentum such that 400 000 vaccinations will be administered per day by the end of the week.

“By the time we open for people between the ages of 18 and 34 to be vaccinated from the 1stof September 2021, we will be able to respond to the demand that this cohort will generate,” the Minister said on Friday.

This week South Africa expected the number of vaccinated people per day to reach the target of 300000.

“However, due to the constrained vaccine supply this week, the number of vaccinated people per day was around 220 000 which is likely to be the average this week.

“At the present rate of vaccination, we are currently vaccinating one million people in four days. The number of vaccinated people has just surpassed another milestone of seven million,” the Minister said.

This week the vaccine supply was constrained, which has negatively affected the rate of vaccination. This as some of the sites ran out of vaccines and people had to be turned away.

The good news is that we received more vaccines from Johnson & Johnson and more Pfizer vaccines are expected in the coming days.”

The Minister has received a Ministerial Advisory Committee (MAC) on vaccine advisory. “This relates to questions being asked about opening up for more vaccine to meet our demand. The advisory focused on Sinovac and AstraZeneca. We will communicate government’s decision in a week’s time.”

South Africa is expecting a delivery of about 10 million Johnson & Johnson doses and about 16 million Pfizer doses this quarter.

According to Department of Health Deputy Director-General, Dr Nicholas Crisp, 1 556 100 Pfizer does will arrive on Sunday 1 August for distribution next week.

“We have been have been reaching our vaccination targets as we have been building up the capacity on the ground on the vaccinations but we are not reaching the most vulnerable sufficiently and that is something that we will focus o [in] the weeks ahead.

Call for men to vaccinate

Crisp has encouraged men to be inoculated, as they have not been showing up in their numbers to vaccination sites.

“We are not managing to reach that many men, specifically in the older age group, above 50 men are not turning up for vaccination and we encourage men to come for vaccination,” Crisp said.

The department will focus on increasing vaccinations in 10 districts that are lagging behind the rest of the country.

The J&J vaccine, which originally targeted the public sector essential worker programme, has been placed in the population programme.

“Part of the focus will be ensuring that we get people in the pension pay queues vaccinated, a large number of those are people are over the age of 60,” said Crisp.

Distributed by APO Group on behalf of South African Government.