;
Features
Home » Ghanaian Times » Tue 01st Nov, 2022 » How our National House of Chiefs can assist our govt to end galamsey

The Asantehene, Otumfo? ?s?e Tutu The Second, deserves our warm congratulations on officially receiving the TV journalist, Erastus Asare Donkor, and his Multi–Media colleagues, at Manhyia Palace, Kumase, in late October 2022,  to accept from them, a copy of a compilation documentary  video, they have made, from their courageous reporting of galamsey activity in Asante and elsewhere.

The impressive ceremony at Manhyia can be viewed by searching www.youtube.comand  writing “Asantehene galamsey documentary”  into the Search box.

On receiving Erastus Asare Donkor and his indefatigable mates who risked their very lives to make the documentary, , the Asantehene stated firmly—as he had previously done — that those who are destroying our water-bodies and forest reserves through galamsey,  are well known to the chiefs and people of Ghana.

They come from the political and business classes (he maintained).  The labourers with dirty clothing, who are often arrested and  photographed for the consumption of the media, are not those promoting galamsey (Otumfo? explained). Those people receive only one or two  hundred cedis per day. How can they buy excavators, bulldozers,  and changfans with that type of money?

Who comes to take away the gold that the dirty labourers dig up? How is the gold taken out of the country? Does it go abroad through the Bank of Ghana? Are there no gold-detection machines at our international airport? (Otumfo? asked).

As regards the chiefs and their responsibility for protecting the lands they “rule”, Otumfo?  queried whether, even if it was assumed that  (as they sometimes claimed)  they were not fully aware of the  destruction going on in their areas, could they also say that they had not noticed that “the water that is drunk by their people is being polluted”?

If it had been someone coming to encroach on  land that they claimed was theirs, would they not have taken up sticks and clubs to protect that land? (Otumfo? further asked}.

We are deceiving ourselves in this country about galamsey (the Asantehene emphasised.)The Government  knows  that some of its own members are behind it; as are some big  party men, as well as some chiefs. We must stop galamsey or wake up one day to find that we have  no water to drink (Otumfo? admonished). He pointed out that  so much gold was produced by our ancestors that our country was once named “The Gold Coast”. And yet production of gold  was so carefully done that no water bodies were destroyed.   And forest reserves were  true  no-go areas.

Anyone who listens to the Asantehene on the tape will ask himself or herself, So then, if such powerful people as The President and the Asantehene, are against galamsey, how can it be going on?

The answer lies in the — s?be o!–  feigned helplessness with  which we in Ghana often approach issues. We go for half-measures, and embark on journeys that only take us half-way to our own designed destination.

So, the President appoints an Inter-Ministerial Committee on Illegal Mining (IMCIM), and it begins to work well. But when its efforts are thwarted by allegations of corruption (the expectation of which should have been built into its structure   in the first place), the Committee  is instantly disbanded.

The galamseyers think it is their relentless underground campaign against the Committee that has succeeded. And they rejoice. And, of course,  they plot new ways of  sabotaging the  Government’s efforts!

The strange  idea is then floated that the  Ministry of Lands and  Mineral Resources (whose calculated negligence le to the formation of IMCIM in the first place) should launch a new effort relabelled as “community mining”. The  idea is attractive, for it promises to provide jobs for the unemployed.

Okay, so a party in power can be forgiven for trying to close its eyes to a monopolisation of a “community” project by its  members. But should it be so remiss in communicating its ideas to party members that when they  gain access to prospecting licences etc., they behave as ruthlessly as their opponents, or the others who are only after money,  money and nothing else? Can’t anyone let them understand that if Ghana loses its water-bodies and forests under the watch of their party, that party’s history would be rubbished for all time?

It is quite clear, given the dilemmas described above, that only a new, so far untried approach, can save Ghana’s water-bodies forests  and food farms, from galamsey.  And here, I humbly suggest to Otumfo? the Asantehene to lead the National House of Chiefs to get the Government to allow the resurrection of Asafo groups in our communities.

Now,  l  can hear the cynics say, “But it was the chiefs who got past Central Governments to strangle  the Asafo groups to death?”

That is true, but we do have a proverb that says, “Ante a, san kotie!” [If you do not hear it well, go back and listen to it again.]

That proverb is reinforced by a symbol that is well known in Ghana: the head turned to look  backwards, which, to those who know our traditions, means, “San K?fa!”[ Go back to pick it up!]

The Asafo (as I have written before) involves the entire community in trying to achieve the common good. It is organised on military lines, but it is so sophisticated  that it manages to combine military decisiveness, prowess and  discipline, with  humanistic, democratic praxis.

For instance: no Asafo group action can take place without the approval of the entire membership. So, it cannot engage in what might be called “freelance vigilantism” of the sort that has become familiar to us  (in the form of “lands guards” and/or  macho men”.)

The Asafo  also has to communicate its intended action to the chief of the town or village, who, although,  may not veto what they want to do,  can call for  changes in the objectives contemplated or the methodology. If the chief, in his  objections, rouses suspicion that he  harbours  motives that go against the public weal, he risks facing destoolment charges.

On the other hand, if the Asafo group’s decision appear to the chief to be arbitrary or dishonourable, he can appeal to his paramount chief,  who, after hearing arguments, would rule in one way or the other.

All this  is, of course, a highly balanced act, whose traditions are rooted in  sacred concepts, having evolved from the days when there were no European arms to intimidate the populace.

I CANNOT VISUALISE A TOWN OR VILLAGE, WTH A  WELL PORGANISED  ASAFO GROUP, IN WHICH GALAMSEY, AS WE KNOW IT, COULD EVER HAVE TAKEN PLACE!

It is time we used our own intelligence; our own common sense and our owntried and tested  traditions, to save ourselves from our  stupid follies.

The Asafo group was evolved by our ancestors, because they realised that humans are capable of committing acts of folly of a very stupendous nature,  such as polluting their own drinking water, and poisoning the land on which they grow their food, with deadly chemicals, such as cyanide and mercury.

The Asafo made it IMPOSSIBLE, THEN, FOR EVIL TO SUCCEED AMONG HUMANS!

The post How our National House of Chiefs can assist our govt to end galamsey appeared first on Ghanaian Times.

Rejection of debt exchange spells doom for our economy – Gabby 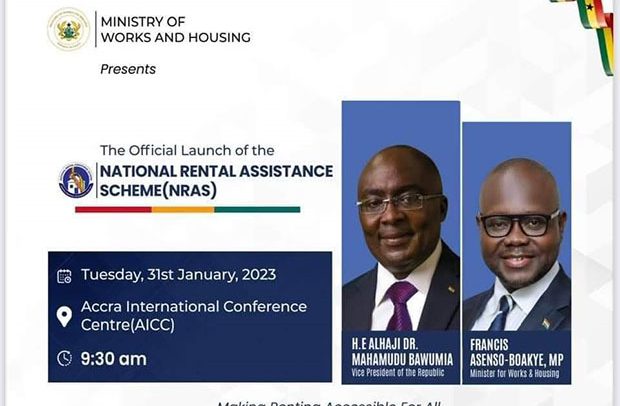