President Nana Addo Dankwa Akufo-Addo says his government has not thrown its hands up in despair at the current economic challenges facing the country.

According to him, he is determined to revive and return the economy to the path of economic growth recorded before the COVID-19 pandemic.

“The Akufo-Addo government has not thrown up his hands in despair. We are determined to bring relief to the Ghanaian people, and return the economy back to the high rate of growth that characterised development in the three years preceding the COVID-19 outbreak and which made our economy one of the fastest growing in the world at the time.”

Addressing the closing ceremony of the 22nd General Assembly of the Presbyterian Church of Ghana General Assembly Meeting at Kwahu Abetifi in the Eastern Region at the weekend, President Akufo-Addo said the support programme with International Monetary Fund (IMF) and other measures are being taken to deal with the unacceptable depreciation of the currency and bring down inflation.

“The approach to the IMF is a major step in the short run towards that goal. Other steps will be taken in particular to deal with the unacceptable depreciation of the currency -the cedi. Reining in inflation by bringing down food prices is a major preoccupation of the government and hopefully, this season’s emerging successful harvest will assist us in this regard.”

“Arrangements are being made with market women to provide trucks to evacuate food stuff from rural markets to urban centres to help reduce food prices in the cities. We are encouraging companies to engage in the manufacturing of inorganic fertilisers to scale up production to reduce the impact of high cost and unavailability of fertilisers whilst we advance rapidly our plan to establish an organic fertiliser plant in Ghana”.

According to President Akufo-Addo, the GH¢ 1 billion Ghana Care Obantanpa programme for post-COVID-19 economic recovery and revitalisation being implemented anchors bright prospects for the medium-term.

“I know there are some who doubt the result of my government to turn our nation back to the path of progress and prospects and lift us out of the current difficulty. I know some are saying it is impossible. They said it was impossible to undertake one-district-factory initiative and they said it was impossible to pay nurses and teacher trainees allowance. What they forget as Matthew 19:26 will say “But Jesus looked at them and said to them, with men this is impossible but with God all things are possible,” President Akufo-Addo stated

He bemoaned that, the behaviour of the political class seem to be lecturing and growing cynicism about the viability of democracy in the country and the extreme political partisanship sometimes laced with toxic ethnicity and cronyism is driving many decent and competent persons out of national life given the field for persons whose intentions are clearly unpatriotic.

He said not all the perceptions about corruption and high places may be real, however “it may be unwise for some of our political leaders to be careless in their appearances as appearances feed into perceptions and fuel rumours”.

The Moderator warns that “if we make our democracy appears like a deliberate arrangement whereby rival groups of the elites of the country cease the apparatus of the state in fixed cycles of eight years to share the common resources among themselves and cronies, the ordinary citizens will feel bad.”

We’ve been honest with Ghanaians on economic challenges – Ofori-Atta

We’ve not lost control; drivers are determined to increase fares when fuel prices go up – GPRTU 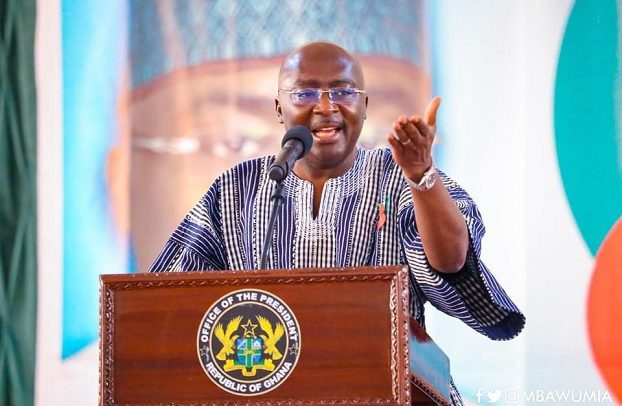 Market activities on GSE pick up despite economic challenges – Report