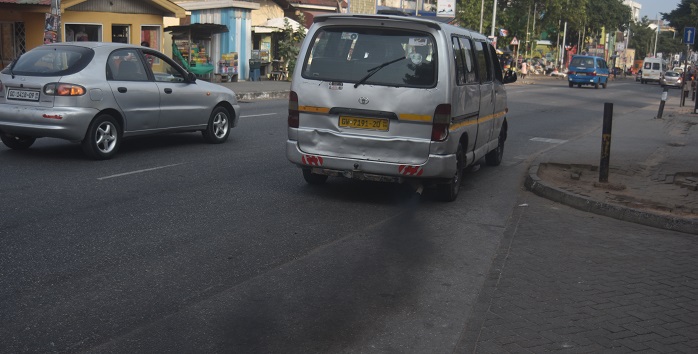 Owners of 1,251 commercial and private vehicles in the Greater Accra Region with various defects have been sanctioned by the Driver and Vehicle Licensing Authority (DVLA).

They would be required to pay penalties (delinquent fees) ranging from GH?60 to GH?2, 500 to the Authority and fix the defects before they would be able to renew their roadworthy certificates when they expire.

The National Coordinator of the Compliance and Enforcement Unit of the DVLA, Richard KwasiEyiah, told The Ghanaian Times on Monday that the operation was carried out to rid the road of defective vehicles and ensure that drivers and vehicles complied with standards as well as prevent accidents.

That, he said, was because of the influx of defective vehicles in the system.

“We are suspending their roadworthy certificates in our system because in that particular time of the monitoring we do not have the time and chance to stop them. So, once we get the number, we go into our system, suspended them and book the defects that we have on the vehicle.

According to Mr Eyiah, the exercise was governed by ‘Road Traffic Regulation 2012, Legislative Instrument (LI) 2180, Regulation 158’, which mandates it to ensure compliance to standards on the road to prevent carnages.

He said the certification of 77 defective vehicles had been regularised after their owners paid the penalties and fixed the defects.

He said the road-worthy certification of 174 vehicles identified during the operation expired as far back as 2019 whilst those of the remaining culprits were due to expire in the coming months.

Of the defects, he said, tinted windscreens /front glass was on top of the chart and expressed concern that “Even commercial vehicles have tainted glasses. This is wrong.”

According to MrEyiah, the operation was achieving dual results because the DVLA was getting its revenue and at the same time reducing accidents on the road.

“I will advise the public that whoever uses the road must ensure that his vehicle standard, his driver licenses also does not have any infractions. When this is done, our road will be safe and all of us will enjoy the road as well,” he said.

Mr Eyiah said the monitoring exercise would be extended to other regions soon.

Meanwhile, some drivers who were at the DVLA to pay the penalties said they were oblivious of the DVLA strategy although they acknowledged the defects on their vehicles.

For them, the DVLA should instead prompt them to fix the defects earlier while they should create public awareness about the penalties so that they would comply with the DVLA regulations.

The post 1,251 vehicle owners land in trouble …as DVLA sanctions them for various defects appeared first on Ghanaian Times.