No paramount Chief has been enskinned for Nandom Traditional Area

No paramount Chief has been enskinned for Nandom Traditional Area

The Nandom Municipal Security Council (MUSEC) has stated that no paramount chief has been enskinned for the Nandom Traditional Area.

The MUSEC was reacting to a news item alleging that a new paramount chief had been installed and outdoored.

In a statement signed by the Chairman of the MUSEC, Mr Raymond Nero and copied to the Ghanaian Times on Friday, the Council emphasised that as far as it was concerned, the processes for enskinment and installation of a new chief since the demise of the previous one Naa Dr Puoure Puobe Chiir VII, had not been completed so the traditional area had no chief.

“We are by this statement urging all concerned parties to remain calm, commit to the roadmap and let us work together to see a peaceful resolution of all outstanding issues to pave way for the ceremonies for the enskinment of a new Naa”, the statement said.

The statement also urged the media to validate stories concerning issues of chieftaincy in the Nandom Area before broadcasting to ensure that they reported only the truth in order to avoid tensions and the breach of peace of the area.

“All media platforms and media houses are particularly urged to be extra circumspect in reporting matters relating to the situation of a new chief in Nandom. If it is necessary at all, an in-depth investigation, checking and double checking should be done before putting out any news piece or report concerning the Nandom Paramountcy and the process for installation of a new chief” it said.

The statement assured that a new chief would be installed at the appropriate time and urged residents to remain calm and continue in peace and unity as efforts were being made in that regard.

The post No paramount Chief has been enskinned for Nandom Traditional Area appeared first on Ghanaian Times. 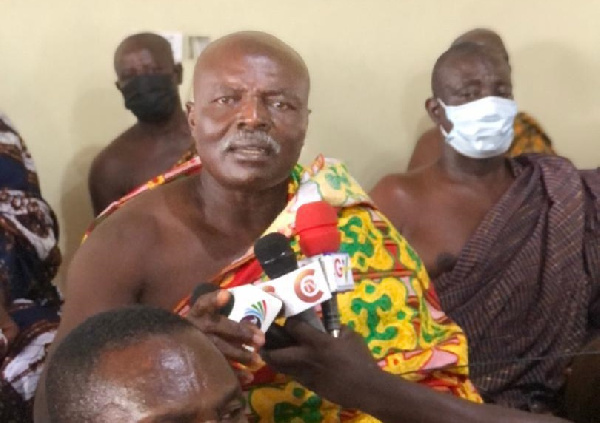 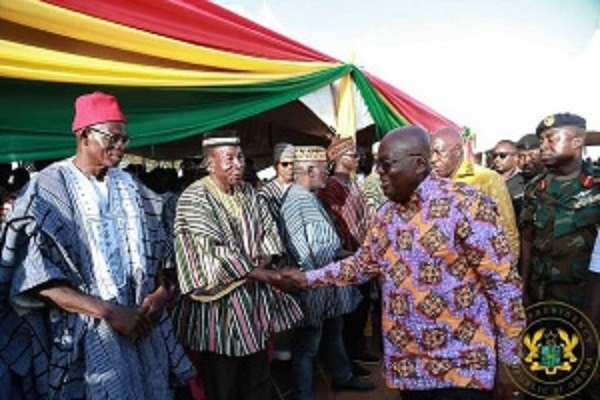 Flashback: Akufo-Addo enskinned 'Chief for the Poor and Vulnerable'