Anyone familiar with Halo’s Master Chief will know that the towering 7-foot Spartan is a man of few words. So, in the spirit of John-117, I’m going to cut right to the chase – Halo Infinite’s campaign is the most outstanding entry in the series to date.

That might sound hyperbolic to those who still regard ex-developer Bungie’s titles as the crème de la crème of Halo campaigns, blasphemous even. But after rolling the credits on Halo Infinite’s lengthy single-player mode, I can say with confidence that my cautious skepticism was thankfully unwarranted.

The ghost of Halo 5: Guardians’ monotonous and uninspired campaign – which has loomed over developer 343 Industries like a dark and ominous cloud since 2015 – has finally been exorcised. The convoluted story, drawn-out gunfights, and meaningless characters are, mercifully, gone. Instead, we have a game that not only captures the very essence of Halo: Combat Evolved but one that manages to deliver something that the original Xbox title never feasibly could – genuine player freedom.

One of Halo 5’s most prominent criticisms was that it required players to have an expansive knowledge of every facet of Halo’s intricate universe. It often felt like players had to have read every single Halo novel to have even the vaguest understanding of what was happening outside of the game’s main plot, which was – in itself – incredibly disjointed and underwhelming.

But for Halo Infinite, 343 Industries has pleasingly gone back to basics and centered the story around three core elements: Master Chief, his relationship with a personal AI, and the battle against a dangerous new threat.

As you’d expect, additional backstory and lore are present throughout the game’s plot, but they only serve to complement the overall narrative, not detract from it. It means Halo Infinite’s story is intimately familiar, accessible to newcomers, yet fresh and exciting. It’s also engaging from the outset.

The game begins rather unexpectedly. The heroic Master Chief is brutally beaten by an imposing Brute named Atriox, the leader of a fearless army known as the Banished. Tossed like a rag doll into space, Master Chief finds himself stranded and helpless as Atriox’s forces decimate Earth’s UNSC forces.

After six months missing in action, a UNSC soldier known as the ‘The Pilot’ manages to recover and revive our fallen hero. Without a moment to spare, Chief sets out to fight for humanity’s survival and discover what’s happened to his former ally, Cortana. To do so, he’ll need the help of The Pilot, and a brand new AI companion called The Weapon.

I need a weapon

Halo veterans will instantly gravitate towards The Weapon. From her witty interjections to her thoughtful observations, it feels great to have a little voice inside Chief’s head again. The way the pair’s relationship develops throughout the campaign is one of the story’s greatest strengths, too, and crucial to establishing an emotional connection between the stoic Chief and the player.

While the similarities are abundantly clear, The Weapon isn’t just a carbon copy of Cortana. She’s far more easygoing than her holographic counterpart (especially given Cortana’s dramatic turn in Halo 5). She also has a habit of bringing out a more playful side of Master Chief that feels long overdue.

The Weapon is noticeably more naive than Cortana ever was, as well. Like you – the player – she’s slowly trying to piece together everything that’s happened since the Banished defeated the UNSC. Again, the game doesn’t assume the player knows every facet of Halo’s universe or what happened in previous titles.

So Halo Infinite’s story is undoubtedly compelling, but the series’ lore isn’t exactly the main reason why so many players fell in love with the original game 20 years ago. It’s the moment-to-moment gameplay that cemented Xbox’s premiere, first-person shooter into the annals of video game history. And it’s the best it’s ever been in Halo Infinite.

Halo Infinite’s campaign begins in a typically linear fashion as you mow down waves of animated Grunts, burly Brutes, and deadly Elites onboard a now-ravaged spacecraft. However, several new gameplay mechanics dramatically affect how Halo fundamentally feels and plays.

The first change seems relatively insignificant, but it’s something that never gets old. You can now pick up various explosive canisters and lob them at enemies. We’ve been blowing up red barrels and the like in video games for years, but being able to grab and throw these environmental hazards into the face of an onrushing Brute or towards a gaggle of Grunts is incredibly liberating. And thankfully, there’s a handy way to seize these volatile canisters from a distance, too. Advertisement

The Grappleshot, which has already captured the imagination of Halo Infinite players online, is quite simply a revelation. You can pull weapons and canisters towards you, scale previously impossible heights and buildings with ease, fling yourself around corners to escape danger, and pull yourself towards enemies for a satisfying beat down.

The Grappleshot adds so much player freedom and traversal options that it’s hard to imagine how Master Chief and the Halo series as a whole ever coped without it. Not once does it feel shoehorned in or unnecessary. Instead, it’s something that never fails to evoke a sense of giddy satisfaction when you use it to open up a new level of verticality to Halo’s combat that hasn’t been possible before. And with Zeta Halo, players are gifted the perfect playground.

Much like the moment where Link stands atop the Great Plateau in The Legend of Zelda: Breath of the Wild, Halo Infinite’s Zeta Halo will likely evoke the same breathtaking reaction in many players. It’s yearning to be explored, arresting in its beauty and full of countless gameplay possibilities.

When you first step out into the game’s open-ended area and see countless enemies dotted around the environment and sprawling into the distance, Halo Infinite presents its first opportunity to flex its legendary sandbox muscles.

You’ll have various weapons and Spartan abilities at your disposal to help you eliminate the enemy, but how you approach it is entirely up to you. Perhaps you want to pick off the Banished using a long-range weapon from a distance? Use the Grappleshot to reach a higher vantage point and have at it. Advertisement

But what about those stragglers hiding inside the buildings? Your trusty Assault Rifle should be able to deal with them along with some well-timed melee attacks. Under fire from enemy reinforcements? Drop a shield and turn the tables on your foes. A large group of Grunts incoming? Chuck a blazing-blue plasma grenade into the mix and watch them scatter.

These constant moments of freedom offered to the player are immensely satisfying, facilitated by Zeta Halo’s massive scale and the new tools of destruction like the Grappleshot available to the player.

This blank canvas that Halo Infinite gives the player to tackle skirmishes how they see fit unsurprisingly leads to in-game moments that you can’t help but share with others. There are so many potential “did you see that?” opportunities that you’ll doubtlessly fill up your Xbox’s DVR with a personal highlight reel by the end of the campaign.

A walk in the woods

But how does Halo’s open-world work in a series that has, traditionally, always driven the player forward in one clear direction? Well, there are still story-focused missions to complete, but this time you’ll have several optional side activities that you can tackle if you wish.

The most important of these side activities revolve around capturing Forward Operating Bases (FOBs). Clear a bunch of enemies from a FOB, and not only will you reveal more areas of interest on the map, but you’ll also be able to use your new outpost to call in vehicles, weapons, and marines to help aid you in battle. However, you need to earn Valor to call in the best equipment.Advertisement

You can earn Valor by completing various missions such as taking down high-value targets, overthrowing Banished strongholds, rescuing captured marines, and destroying propaganda towers. You can also find Mjolnir armor lockers that contain cosmetic items for Halo Infinite’s multiplayer, datapads that expand upon the game’s lore, and Spartan Cores to upgrade your abilities like the Grappleshot.

The more Valor you earn – which essentially acts like a reputation meter – the more firepower you can bring to the Banished forces. And when you’ve got a Razorback full of marines and a SPNKR rocket launcher on your back, the odds can shift in your favor considerably.

The above gameplay loop might sound all too familiar for an open-world game. But Halo Infinite’s focus on player freedom and its sandbox-style gameplay is the perfect match. We’re not just climbing up elaborate towers and jumping into wheelbarrows full of hay here. Crucially, you don’t have to do these missions, but don’t be surprised if you find yourself seeking out completing every single one – the gameplay is so expertly-tuned that every encounter feels fresh and exciting.

Perhaps predictably, the game cleverly reverts to type for the story-focused missions, which sees you moving through awe-inspiring internal structures and completing objectives as you go. You’re still getting your classic Halo experience, then, but the open-world elements help things feel unmistakably new at the same time.

Halo Infinite’s rewarding gameplay and captivating story are elevated to new heights by truly top-class sound design. It may seem redundant to some, but Halo Infinite sounds phenomenal. I’ve always had a penchant for great audio, but Halo Infinite truly gets the most out of Dolby Atmos and spatial audio. It’s a heavenly listening experience that will amaze self-proclaimed audiophiles.  Advertisement

From pinpointing enemies with astonishing accuracy to hearing bullets whizz by Master Chief’s head and impact your immediate surroundings, the audio team has done a remarkable job at making Halo’s alien universe feel alive. It’s as though you’re embodying Master Chief himself as you walk around the ring’s hostile surface.

But it’s not just the guns and environmental effects that make you feel grounded in the world. The frequent chatter from the Banished forces is also particularly noteworthy. You’ll hear Brutes, Jackals, Grunts, and Elites conversing, squabbling, and subsequently celebrating should you fall in battle. There are countless humorous one-liners from shellshocked Grunts that will make you smile, and the game’s exceptional audio helps bind everything together.

Out of the shadow

Halo Infinite sounds superb, then, but what about those underwhelming visuals that we saw during the campaign’s first reveal in August 2010? Halo Infinite isn’t the graphical tour de force that some players may be expecting, but the new Slipspace Engine that 343 Industries developed in-house is certainly no slouch.

Halo Infinite is a gorgeous-looking game that also delivers rock-solid performance. Yes, some parts of the environment can look a little rough around the edges, and the infamous Brutes that birthed all those “Craig” memes can still look rather crude when zoomed in up close. But they honestly pale into insignificance. The realistic lighting, sumptuous textures, expert HDR implementation, and dazzling particle effects are all extremely pleasing to the eye, along with the game’s fluid animations. It might not have the cinematic flair of Call of Duty: Vanguard, but there’s more soul to Halo Infinite’s visuals.Advertisement

From a technical perspective, it’s worth noting that a few visual oddities can detract from the game’s presentation. Reload animations seem to occur at a lower framerate, and cutscenes can be somewhat choppy. Environmental pop-in can also happen, but it’s minimal and won’t be noticeable to most players. Pleasingly, load times are practically non-existent on Xbox Series X, which helps with the game’s overall pacing.

In 2021, there are so many games that try to make the player feel like they can do almost anything, but Halo Infinite lets your imagination run wild. The game isn’t designed to hold you back. Quite the opposite. It actively encourages you to try outrageous things at every opportunity.

There’s something irrefutably special about Halo Infinite, and if you’ve dabbled with the game’s free-to-play multiplayer, you’ll already have an understanding as to why. Now… finish the fight. 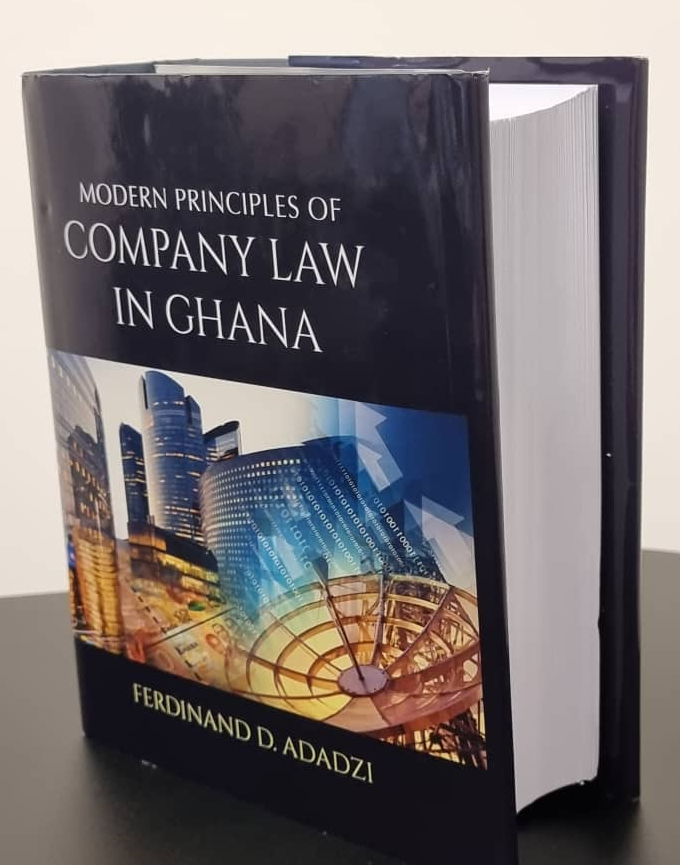 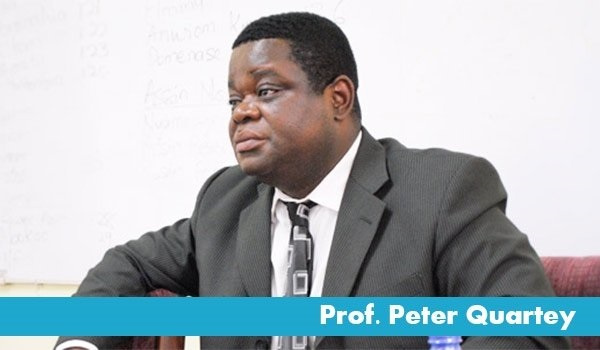 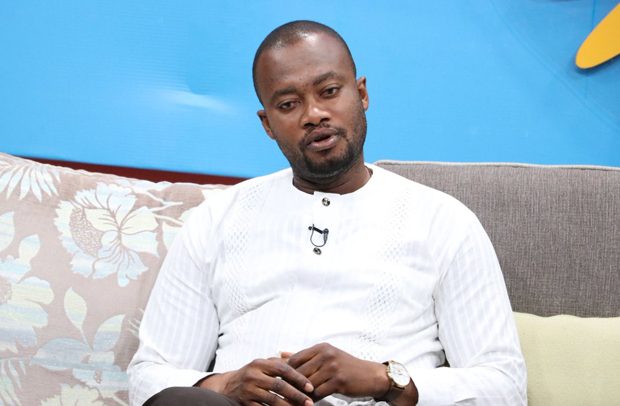