Avoid violence and rather demand accountability

Avoid violence and rather demand accountability

In spite of public education that persuades the youth in general to avoid crime and violence that can make them culpable of criminal charges, some youths are adamant.

The sad aspect of it all is that some of these youths just join the fray, probably to satisfy themselves or others for reasons best known to themselves.

On Saturday, irate youths in the Tamale Metropolis of the Northern Region attacked and chased out the personnel at the Lamashegu police station, and proceeded to smash the doors and windows of the offices there.

According to the youth, their strike was to protest brutalities police personnel meted out to some residents last week for allegedly stealing electricity power from the Northern Electricity Distribution Company (NEDCo).

Therefore, they proceeded to launch another attack on offices of the NEDCo at the commercial centre of the Tamale metropolis, smashing doors and windows and destroying some vehicles parked there as well, including those of both staff members and customers.

Much as the Ghanaian Times does not hesitate to condemn police and military brutalities on the members of the public, especially where the legally-accepted minimum force is not needed because there is no resistance from anyone, it unequivocally condemns the violent attacks by the Tamale youths on the police and NEDCo.

The paper’s condemnation of the violence is based on the fact that first, the Northern Regional Police Command had offered an apology for the brutalities and promised to take steps to ensure that justice is served, adding that the personnel will be dealt with accordingly if found guilty after investigations.

Currently, the four policemen involved in the brutalities under investigation have been interdicted, which is the beginning of the process of seeking justice.

Second, the stealing of power is criminal except that it is not proper for institutions to use security personnel, especially the police, to manhandle people for wronging them.

Last, the youth claim they are disappointed in the way and manner chiefs and opinion leaders had handled the matter after they had petitioned them.

This paper is more than disappointed in the youth with regard to this reason because people from the northern part of our dear country are known to show maximum or high respect to their elders and leaders and so it beats anyone’s imagination if the youths want to disregard the revered age-old cultural trait.

This paper would like the youths to apologise to their chiefs and other leaders and the public in general for their action.

All the youth in this country should accept the fact that violence and attendant destruction of property are anti-development because the government has to use scarce resources to fix such destruction, pay compensation and also prosecute perpetrators.

No one can deny that the youth mostly suffer from unemployment and lack of the necessaries and facilities that can make life comfortable for them but that should not let them vent their spleen on others at the slightest provocation.

They should rather think of helping to improve life in the country by encouraging peace and demanding accountability from the political establishment to provide good leadership that helps the youth to meet their needs and aspirations.

The post Avoid violence and rather demand accountability appeared first on Ghanaian Times. 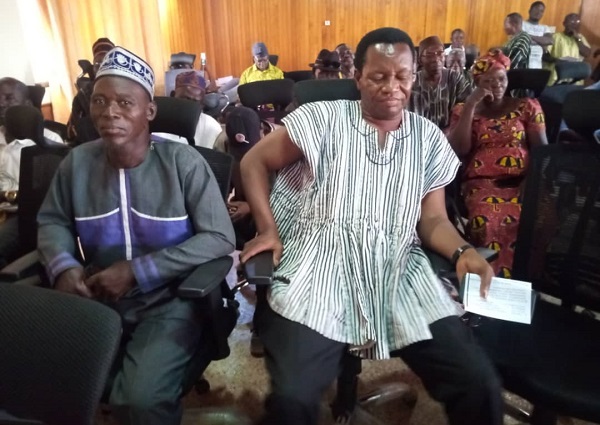 Our water is safe – Sachet and Packaged Water Producers assure