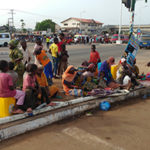 According to them, the child beggars in the company of some elderly women believed to be their guardians have re-emerged in larger numbers after the lockdown and were not observing the COVID-19 safety protocols.

“They are often seen gathered at the same place not observing the social distance directive and without nose masks,” they added.

These children, the residents told the Ghanaian Times, also adopted numerous tricks including hanging on doors and windows of moving vehicles to win the sympathy of motorists thus exposing them to bodily harm.

Investigations conducted by the Ghanaian Times  also revealed  that  the children  who  have never had  any  formal  education  had to rely on stipends made  from  the  street to feed  themselves  and the rest given to their guardians.

HajiaFatia  who sells  cooked food  at the Zongo Junction  said  the re-emergence of the  children  and their nannies  would  defeat  the  governments’ fight  against the spread of the disease and called  for their early confinement.

The children  whom  she believed comes  from  Kaneshie and its environs  at times  spend  days sleeping on the pavement  at the Zongo  Junction and only  go home on Sundays.

Madam Fatia stated that as the numbers increase day-in –day out any outbreak could be disastrous to the whole group.

One of the boys known as Abu, aged nine said he does not know his father and was staying with his mother at Agbogbloshie who is also physically challenged.

He said  he usually  comes  with his aged grandmother  to  beg for alms  for survival  claiming  he had  heard  of the  virus  but does not  actually know what it was about.

His grandmother who only gave her name as Habiba said they have no other means of survival and urged the reporter to leave them alone because if they die Allah was ready to receive them in their rags.

Coronavirus in Nigeria: The child beggars at the heart of the outbreak 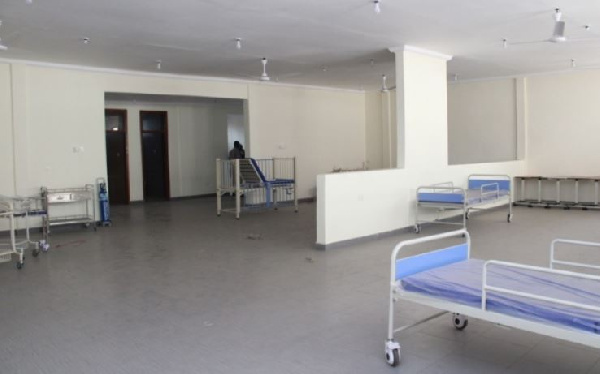 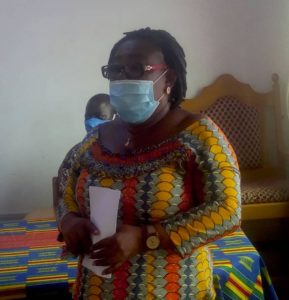