One of the best selling female artistes signed to Ruff town records, Fantana has called on young musicians to remain focused.

That, she said would help them to become successful and achieve the impossible in the industry.

Fantana stated that lots of things in the industry could distract artistes from being focused and underscored the need for them to be determined and persevere.

Perseverance, according to her, would make young musical artists excel and urged them to pave way for distraction as it would always knock on the door.

The talented songstress observed that life was like a camera, one had to focus on what was important and capture it, adding that “not everyone will like you for what you do; you just have to do your best and leave the rest.”.

In order for upcoming artistes to reach their target, she urged them to bring their focus to the goals and keep working until they achieve it.

Known in real life as Francine Nyanko Koffie, she stormed the industry with another banger, dubbed “Girls hate on girls.”

The track produced by MOG Beatz, she said spelt out her life issues and conveyed the need for women to remain united.

Fantana indicated that unity was strength that could make one win the battle of life.

She explained that many women easily get distracted by other women in the fast paced world and stressed the need for them to work and support each other in bringing their goals to bear.

The “So what” hit maker noted that women were sidelined in various entities being it music, corporate and politics, thus released the track to empower them to compete fairly with their male counterparts.

“This song is a means to empower women to come together in unity, I believe unity will propel women’s ability to the world,” Fantana stated.

The track which was released few days ago comes second after her maiden track “So what.”

Speaking exclusively to Times Weekend (TW) in Accra on Thursday, the sensational Afro pop singer indicated that she was poised to redefine the story of women to make the industry competitive for other women to embrace.

Fantana: Thank you so much, honestly, I am so excited to be here.

TW:  Can you please tell us who you are?

Fantana: I am a young artiste who hails from Nzema in the Western Region, but grew up in the United States. I studied business and fashion, after schooling I returned home to pursue a career that I am passionate about.

TW: What inspires your fashion sense?

Fantana: I love fashion and it is an inborn gift, I just blend the colours and I am good to go.

TW: How did you get signed to Rufftown records since you were not in the country?

Fantana: I got in touch with Bullet once I set foot in the country, he saw the talent I had and he signed me to the label.

TW: That is lovely! I must say you are lucky, because some artistes in the country did not get that privilege.

Fantana: Yeah! It is all about talent, he also saw that I am very passionate about music.

TW: “Girls hate on girls” was written by whom?

Fantana: It was written by Bullet but the inspiration was from my life experience.

TW: Your mother being an NDC parliamentary candidate for Jomoro Constituency, does that mean you have soft spot for the NDC party?

Fantana: No, I actually don’t have much idea in politics.

TW: Who is your favourite politician?

Fantana: Obama but for Ghana I don’t have any favourite simply because I did not grow up here.

TW: Do you have intention to be in politics?

TW: Why, is it because of the insults associated with politics?

Fantana: Not the insult but politics is a serious job, playing a role as a leader over others or a community is not an easy task, it comes with lots of responsibilities unlike entertainment.

TW: So entertainment is an easy job?

Fantana: It is not that easy but I am passionate about music and I can handle that.

TW: Were you trying to promote promiscuity with “So what” track?

Fantana: No, this is a real issue, most times men are known to be heart breakers and Casanovas but women also do that. The song talks about the feminine side of the issue that I wanted to address.

TW: How is the track faring in the market?

Fantana: It is really doing well; I thank everyone who is making the song to trend.

TW: Which artiste are you planning to feature?

Fantana:  I am planning to feature Shatta Wale and other great Nigerian artistes.

TW: Where do you want to see yourself two years to come?

Fantana: On bigger and greater platforms that will chalk my name in the good books of the industry.

Fantana: I would tell them to keep supporting the brand because I have lots of goodies for them, they should follow me on all my social media page. Also, they should patronise my new song on all the main streamline entertainment media.

TW: Thank you for honouring our invitation.

Fantana: The pleasure is all mine.

Kenyan schools to stay closed until 2021 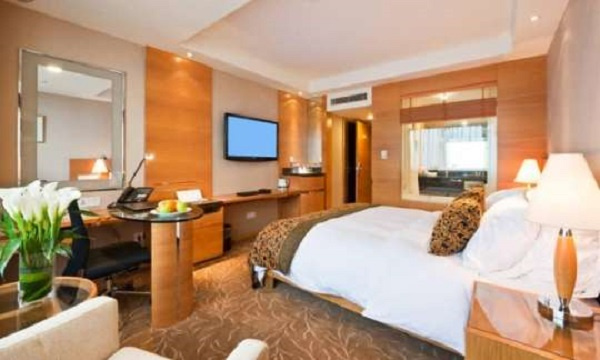