The NDC and Card Re-registration

Some decades ago, when one wanted passport, he or she never bothered to go to the Passport Office. Passport forms could be purchased at post offices and brought to one’s home or place of work to be filled.

With necessary documents, like proof of citizenship are attached, everything was taken back to the Passport Office and within a short time, the passport was presented to the applicant at home or work place. That was then.

Some decades ago, when one is applying for visa, all that was needed was to fill the forms and go to the embassy or high commission of the country he or she wanted to visit, for holiday, work or schooling. The applicant was only identified by the photo on the passport and after a short interview he or she was granted or rejected the visa. That was then.

Some decades ago, one could just buy mobile phone starter packs (chips) from the streets like buying sweets from a hawker. That was then.

Now the world has grown very sophisticated, in the field of crime, and so the methods of acquiring passport, visa and mobile phone chips have also been changed to cut down on criminal activities of scammers.

These days, there is no way one can acquire a passport, new or renewed, without going to the Passport Offices and subjecting oneself to undergo biometrics which would be fed into the database and the passport, before one could acquire that travelling document.

Also, these days when one wants a visa, he or she, with a valid passport in hand, will have to go to the Embassy or High Commission and undergo biometrics which would be compared with those in the passport to see whether the information is the same before the applicant would be considered for visa or not.

Firstly, Ghana decided that everyone having personal mobile phone numbers must re-register with passport or voter ID or any acceptable form of ID. We thought that could beat the con men, but how wrong were Ghanaians?

The Telcos outlets, in the hands of private business persons, started registering new numbers without using the required guidelines. People could give false names and start using the chip.

Escalating cyber crime did not help matters as people were successfully conned by scammers posing as officials from the Telcos, public companies selling products or private persons, claiming to have something to deliver.

Ghana was blessed with the re-introduction of National IDs which had all details of the bearer on the card. Government in her wisdom has decided that all phone numbers must be re-registered using the National ID card and this was certainly going to make it very impossible for any con person to use his or her phone and go about business as usual, without disclosing their identity.

Unfortunately, the opposition National Democratic Congress (NDC) has decided to bastardise the process and made it appear that government’s intention was not in the interest of Ghanaians.

I was very shocked when I saw my good old friend, Hon Sam George and other NDC MPs, I could not identify, celebrating the extension of the deadline of the re-registration of phone numbers. In that video, the NDC MPs gladly told Ghanaians they were never going to re-register.

I believe if the NDC had any good reason for rejecting this exercise, the right and noble thing to do was to speak to the issue in the House or hold a press conference to express their views.

Saying proudly that you have formed a ‘stubborn club’ to reject what government has for Ghanaians, does not show maturity and love for the country.

I hope the NDC is aware of the rate of scammers’ activities worldwide and the need to secure the identity of every Ghanaians so that the scammers cannot break through.

It started with mails posted on one’s email announcing that, that person has won $1 million and during the interaction, he or she would be asked to pay $25,000.00 as legal fees for processing the wins into his or her accounts.

There has been no such thing, it was the scammers looking for some big payday.Then came friends writing to announce that they were in some far away country and had their bags stolen.

They had lost their passports and money among others, and would be very grateful if $2,500.00 was wired down to them. They will promise to pay back as soon as they arrived in Ghana. In truth that friend has had his email accounts hacked into.

These scammers and con men could hack into group pages like Linkden and WhatsApp and lure people into thinking they are very honest persons doing legitimate businesses.

It is therefore for the protection of each and every individual, that government has initiated the re-registration of numbers, on mobile phones, wifis and routers among others.

One cannot say there shall be no challenges and below I reproduce what someone who just identified as My2pennies Yk #CPAG. It was intended for the Hon Minister of Communication, Hon Mrs. Ursula Owusu Ekuful. I made some amendments without recourse to the author. It reads like this: Madam Ursula Owusu, hope you will take what I’m about to say in good faith.Introducing technology into any society takes tact and an art political leaders must master, because human beings generally, are born conservative i.e., we don’t embrace change readily.

There are two main ways technology can be introduced.

I witnessed the introduction of technology to boost revenue collection in the public transportation sector in the UK, since the 90s.

Money lost, due to people dodging tickets or not paying the correct amount for their entire journey run into hundreds of millions of pounds as estimated by random ticket inspectors on the transport networks in the UK.

So, ticket barriers were gradually introduced over the course of many years in all railway stations that forced users of the service to buy their tickets before they start their journey and to pay for the exact amount for the entire journey. This has drastically increased revenues because people have no choice than to embrace the technology if they want to use the railway transport networks. Since it happened gradually the public was still given time to adjust to the new system over a couple of years.

Still on transportation. A typical example was when the Oyster card was introduced to replace cash payment starting with London buses and trainsbefore it was extended to most parts in the UK.

The political leaders quickly realised after the first year that less than 10% of public transport users had embraced the use of the Oyster card to stop cash payments that was affecting revenue collections.

To entice public to embrace the Oyster card, cash payment became twice as expensive than using Oystercard to pay on public buses and trains.

When over 90% of public transport users had switched to Oyster, a date was set six months down the line when cash payments on buses and trains in London and in most cities across the UK would cease.There was no chaos but a smooth transition over time …

The moral of my commentary is that government, through you, Madam Ursula Owusu Ekuful, has to sometimes incentivize the public to embrace what political leaders with the vision have for the majority of the people. This is an art of leadership that you must master if you want to be the great visionary politician, you seem to be.

Solution To Rollout Ghana Card To Over 90% Of The Population.

Incentivize the use of Ghana card as identification for access to public services like NHIS and SHS admission costing significantly less in the next 2 years by scrapping certain fees charged on services or reduced drastically.

This will help make the transition less chaotic and more embracing. – My2penniesYk #CPAG(Some amendments were made.)

As we speak, many Ghanaians have not yet received their National ID cards, and it must be the onus of the National Identification Authority (NIA) to be up and responsible to do the right thing.

NIA started registrations without adopting the Electoral Commission’s method. Instead of employing people and mounting registration stands in as many polling station areas in every constituency, it rather chose few numbers of personnel and made them trek across the country and into every crook and cranny to register people. The success rate was nothing to be proud of, even though the NIA is saying over sixteen million Ghanaians have registered, since 2019.

The truth is most of these people are yet to collect their cards and some even have their data missing from the NIA database and have to re-register. Someone could register for a card today and would be told to come for it over six weeks’ time. All these people genuinely do not have any NIA to go and re-register their mobile phones and so it will be very unfair denying them that service.

Since the NIA card is so important, I will suggest that the Authority should look for adequate resources and set up at least twenty-five centers in every constituency for registration. The cards must be instant or at most ready in a week.

Since the NIA card is both foreigners and citizens, methods must be used to identify the true Ghanaian from the foreigner. Joint confirmation from the traditional leadership and the Assembly, the applicant hails from, could be of immersed help.

As for the NDC, it should go on bastardising good policies of this government. If what the Nana Addo administration is doing by way of re-registration of phone numbers is not carried through, and the period the NDC may come back to power to meet high cyber-crimes, it should not complain, but find ways of solving that problem without using the method NPP wants to use. 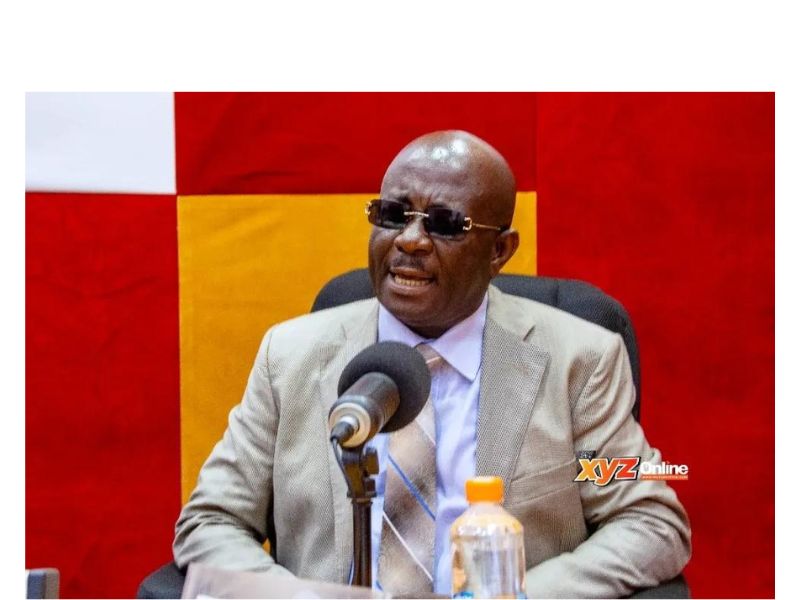 Feature: The Constitution Frowns On Banishment But!

Feature: How Meghan, the Witch of Windsor, killed the Queen 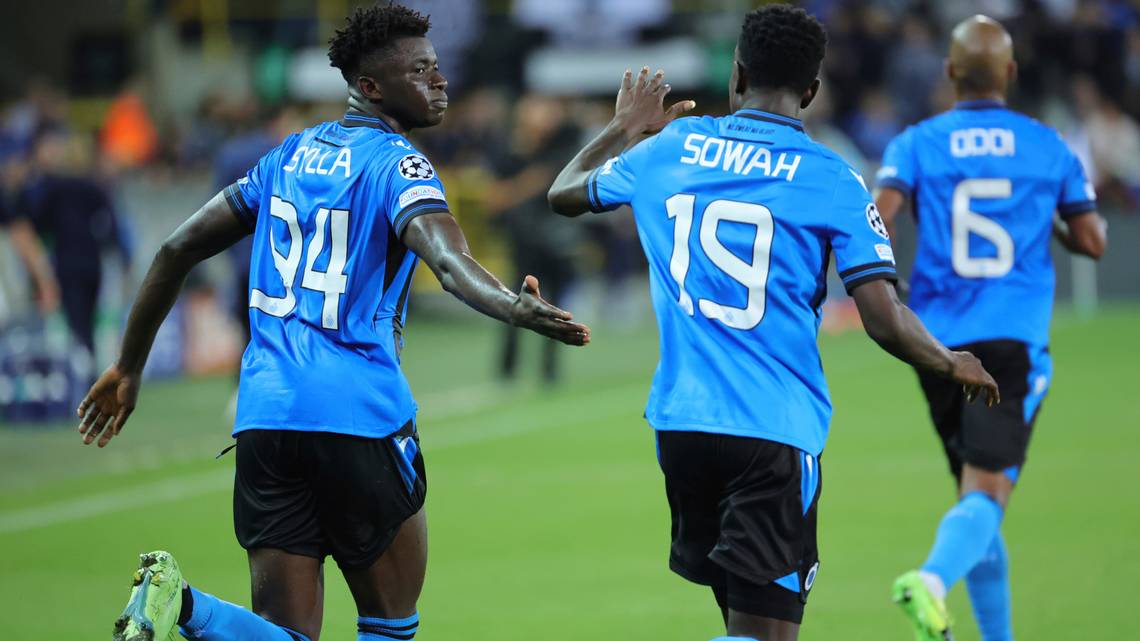 Feature: Kenya election 2022: How a murder haunts the poll

Feature: Queen Elizabeth is not innocent of the Crown’s crimes

Feature: A Case Brewing in the Pots of TUC and its Local Unions

For a prosperous future, look to the women