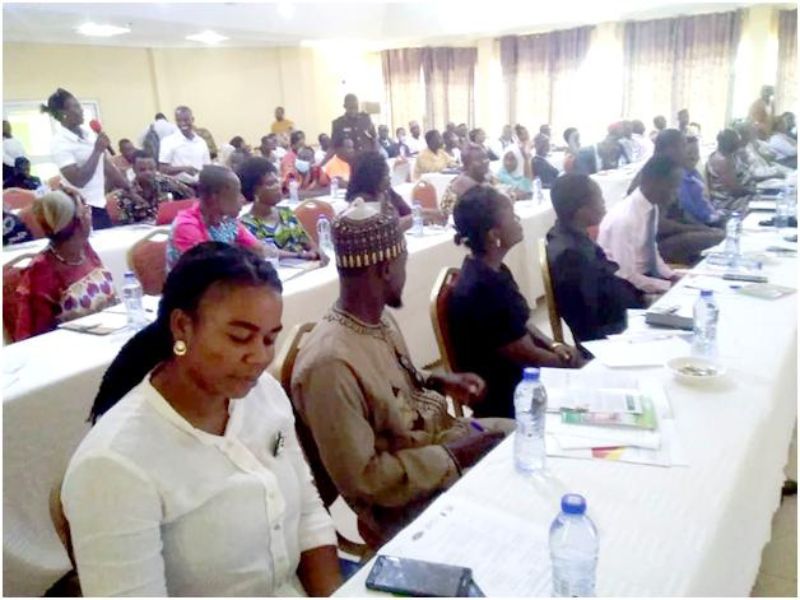 Some of the stakeholders at the sensitization workshop

Stakeholders have called on Parliament to, as a matter of urgency, pass the Community Sentencing Bill, which has been lying before the House for some time now, to help decongest the various prisons in the country.

Ms. Mina Mensah, Director of the Commonwealth Human Rights Initiative (CHRI), Africa Office, delivering a speech at a sensitisation workshop for key stakeholders on community service sentencing, sponsored by the USAID Justice Sector Support (JSS) Activity, stated that custodial sentencing did not help petty criminals, but rather makes them become hardened convicts after their jail terms, instead being of reformed.

She disclosed minor convicts with first offences learn to be hardened criminals instead of becoming reformed and rehabilitated, while the overcrowded prisons also affected the effective and efficient delivery of the officers in line of their mandated duties.

She noted that the lives of the victims become miserable resulting in frustrations they experienced in life after serving their prison terms, and also affected the lives of their families, especially when he/she was the breadwinner.

Ms. Mensah indicated that the stigmatisation they go through in society compelled most of them to commit another crime and return to the prison, which system violated the rights of both officers and victims, hence, the need for Parliament to urgently pass the non-custodian bill.

According to her, community service sentencing could serve as a deterrent to others and improve productivity together with the service on the streets, and called for the possible amendment of the system.

Francis Apau of the Criminal Records Department of the Ghana Prisons Service, on his part, said that it should be the duty of the Prison Service to ensure the safe custody and welfare of prisoners, and where practicable, undertakes the reformation and rehabilitation of inmates.

He revealed that the Kumasi Prisons was overcrowded by 1,500 inmates, with the United Nations (UN) standard of a cell per a convict being six metres square, but in Kumasi the smaller cell was 10.2 square metres, housing 13 convicts.

Supt. Apau further stressed that the effects of the overcrowding in the prisons were that all the resources went to maintenance, security and custody, while lesser resources were devoted to reformation.

He added that the health of every prisoner was in danger when there was overcrowding, hence, “if we do not help them as a country, they would come back to society without any reform.”

He concluded that as at May 2022, about 802 had been convicted, and stressed that reducing congestion was the only way to touch their lives and reform them.