We have grave reservations over comments reportedly made by the President while delivering the keynote speech at the sod-cutting ceremony to mark the commencement of the construction of new premises for the Ghana School of Law on 26 May 2021. For such an auspicious and august event, the words of the President are likely to be immortalised and generations of law students will be referred to that speech. However, we are unable to agree with the headlining of that speech with an endorsement of the palpable illegality and obvious breach of the rule of law by government’s current ‘burn-on-sight’ punishment exacted on alleged illegal miners. We are also unable to agree with the President’s dismissive challenge to well-meaning law-abiding Ghanaians who have pointed that illegality and breach out, to go to court.

The President knows that he is wrong, and that Ghana law on ‘tainted property’ (which is what the excavators are) does not authorise the government’s ‘burn-on-sight’ policy. In each of the 2006 Minerals and Mining Act (as amended), the 2010 EOCO Act, the 2017 Office of the Special Prosecutor Act and the 2020 Narcotics Control Commission Act, special provisions are made on how ‘tainted property’ (defined to include property that is used to commit a crime) may be seized and then confiscated to the state by court orders. The current ‘burn-on-sight’ policy would mean that all of those properties could be set on fire on sight, a clear breach of the relevant laws. No one needs a court to say that to Ghanaians. We know it. The President knows it. We challenge the President to follow the law.

For the records, we as OccupyGhana® started to campaign against illegal mining, as far back as 2015. After the President’s election, we were impressed when he called the bluff of galamsey operators and declared that he was prepared to stake his presidency on ensuring that the law was applied and complied with. On 5 March 2017, we issued a press statement with an unqualified endorsement of the President’s statements and actions at the time.

However, we were soon to be disappointed. When Aisha Huang was first arrested, government operatives schemed to charge her with some risibly minor Immigration offences that would have attracted ridiculously low fines, in Case No CR 344/2017 dated 8 May 2017. When we were alerted about this, we immediately petitioned the then Attorney-General on 16 May 2017, protesting the ridiculous charges and demanding that the proper mining offences be laid.

We were gratified when the Attorney-General then amended the offending and offensive charge sheet and duly charged Ms Huang with the appropriate mining offences, which could have sent her to jail. What we did not know at the time was that the government had absolutely no appetite or interest in putting her on trial, and that it had all been a façade. It turned out that our petition and the filing of the proper charges would rather trigger the government spiriting her away from justice in Ghana to freedom in her native China under a dubious nolleprosequi filed by the same Attorney-General who we had forced to file the proper charges.

Some two years after Ghanaians had started and continued protesting this decision, the then Senior Minister in April 2019, let the cat out of the bag and provided the shocking justification that has been an open secret till then: that the government had been compelled to let her go to maintain a good relationship with China, manifested in the Sinohydro project, which he claimed, was going to help process bauxite and provide $2B to Ghana. He added “there are other things behind the scenes. Putting that lady (Aisha) in jail in Ghana is not going to solve your economic problems. It is not going to make you happy or me happy, that’s not important.”

We responded with a press release dated 23 April 2019, and we did not mince any words in expressing our dismay, saying that “this statement suggests that, at the right price tag, foreigners implicated in the appalling desecration of Ghana’s environment, rivers and laws can be exonerated. It positions foreigners who break/flout our laws as untouchable and above the law because their countries offer economic partnerships and benefits. It sacrifices the enforcement of our laws and the safeguarding of our environmental resources on the cheap altar of present gain.” We demanded an apology, and of course, none was offered to Ghanaians.

Subsequently, the President himself was to do a ‘mea culpa’ at an event held at Princeton University on 20 September 2019, confessing to the wrongness of the decision. The President said “I think it was a mistake and the response to that has been the amendment of the law that has now stiffened and enhanced the sanctions for people, both Ghanaians and foreigners who are engaged.”

In our press release dated 23 September 2019 we excoriated the President and hoped that that would be the end of illegal acts by the government on this matter. We said: “We appreciate the President’s candour in admitting this mistake. We agree with him that that decision was a mistake, a grave and regrettable one. What we are concerned with is that it had to take hindsight, an understating of the situation only after it had happened and almost two years after the fact, for the Government to realise how bad a mistake that was. Ghanaians knew right from the start that it was a mistake and said so to the Government, which ignored us, making this regret very little and very late.”

It is interesting that the “amendment of the law,” which the President touted then as the answer, having “stiffened and enhanced…sanctions,” is the 2019 amendment to the Minerals and Mining Act, that the government is now happy to breach, and then challenge others to go to court over. We did not believe the President then, and said to him that “while the legislative amendment that enhances the punishment regime for mining-related offences might deter some from engaging in Galamsey, we do not see how that, in and of itself, will prevent the repetition of the government’s mistake. That is because the mistake, the decision to free Aisha Huang without trial, had nothing to do with the law as it existed at the time.” We are unhappy that the President has proven us right in being cynical about his willingness to follow even the law he touted at the time.

We have always maintained that the fight against illegal mining can only be fought with the law and not by illegal government action. The law on how to deal with this matter of illegal mining was clearly set out in the 2006 Minerals and Mining Act. In 2015, the John Mahama-led government, unhappy with the crime and punishment regime under that Act, rightly caused that regime to be enhanced by an amendment that received presidential assent on 16 December 2015. The current government, also unhappy with even that enhancement, rightly followed suit and led parliament to pass another amendment in 2019, which the President assented to on 19 August 2019. Basically, Parliament has given to this government the strongest anti-illegal mining legislation in the nation’s history, and the President touted this as the answer, although we did not believe him.

The President is aware that the 2019 amendment and that of his predecessor were required because under article 19 (11) of the Constitution, the government has no power to punish anyone for any offence unless and until that offence is, firstly, defined, and secondly and more importantly, the punishment for it is also prescribed under written law. The 2019 amendment that this government led, passed, assented to and touted, does just that. It defines the specific offences and prescribes both the punishment and procedure for exacting that punishment. The President knows that nowhere in that law, is the current ‘burn-on-sight’ punishment prescribed, which makes it extra-legal, extra-judicial and consequently unconstitutional.

The President knows that he is wrong, and that no interpretation of the clear language of his government’s own 2019 amendment supports the current ‘burn-on-sight’ policy. And that is why we find the President’s ‘go to court’ challenge unfortunate. It is a bet on the factor of time and expense that ordinary Ghanaians would have to spend in fighting in court, to allow the government perpetrate this palpable illegality and grave unconstitutionality.

We do not believe that it is impossible to locate, arrest and prosecute the owners of the excavators and ‘chanfangs’. These equipment and machinery were imported into Ghana through the harbours. The entire importation system in Ghana is, thankfully, fully computerised. Thus, the chassis numbers and other identification details of these equipment and machinery used for illegal mining are or should be in the databases of either or both of GHAPOHA and the Customs Division of the Ghana Revenue Authority.

Further, the excavators could not have been moved to destinations throughout Ghana without licensing at the now highly computerised DVLA.

Therefore, we believe that government can easily ascertain ownership of the equipment from these government bodies, arrest and prosecute the owners, and then obtain the requisite confiscatory orders from the court.

Further, since the 2019 amendment requires prosecution and conviction before confiscation, which now appears to be a problem when the equipment is abandoned, the government must simply send a bill to parliament under a certificate of urgency to amend the law, so that the court will be empowered to make the confiscatory order when the equipment and machinery are abandoned in a mining area and no one has shown up to claim them within a specified time.

The President should not challenge Ghanaians to go to court. We rather challenge him to follow the law, and respect the principles of constitutionalism and rule of law, which remain the cornerstones of our democracy. We challenge the President to stop the “burn-on-sight” policy. If the government needs another amendment, it should go back to Parliament. But exacting extra-legal and extra-judicial punishment on alleged offenders should stop forthwith.

Yours, for God and Country 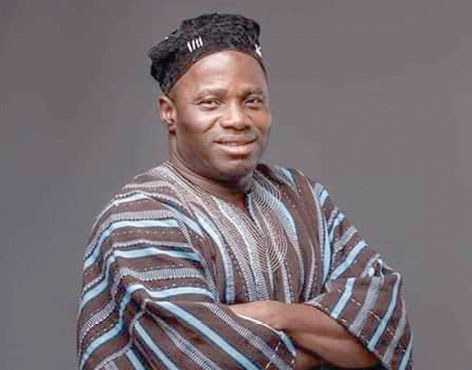 AN OPEN LETTER TO OUR HONOURABLE MPs

Open Letter to President Akufo-Addo: A GH¢3,600 monthly salary is an insult to lecturers