On August 29, 2013, the Supreme Court, in its judgment on the Election Petition, held that the constitutional provision, Article 49 (3), which mandates presiding officers sign the results of the polls in the presence of all stakeholders at the polling stations was in fact not necessary and could be overlooked; meaning no presiding officer who goes against this law can be held to have violated it.

The New Patriotic Party (NPP) had included in its petition evidence of thousands of presiding officers who violated that law. But the Supreme Court said it was to be ignored, and this tilted judgment to favour of the defendants.

On June 25, 2020, almost seven years later, the Supreme Court gave another judgment, this time, on the constitutionality of the Electoral Commission (EC) to compile a new voters’ register, and use as proof of citizenship the Ghana Card, the Passport, or two registered people as guarantors. This was in C.I. 126, which was presented by the EC to Parliament, and which was passed into law on June 9, 2020, by a vote of 106-92 in the House.

The Supreme Court upheld that law, but those who decided against the compilation of a new register have been unhappy, attacking the Supreme Court for not setting aside C.I. 126, and ruled for the usage of the current Voters’ ID card and birth certificate as proof of citizenship.

It makes one to wonder why we have people who are so much addicted to lawlessness, to the extent that they will always want the courts to set aside laws they do not favour. This is very difficult to perceive, especially when we always talk about freedom for all. But, of course, this is Ghana, where laws are meant to broken.

This current composition of justices on the Supreme Court had in the June 25 judgment upheld a law (C.I. 126), and, mind you, another composition of the Supreme Court earlier ruled that the National Health Insurance Scheme (NHIS) ID card could not be used as credible proof of citizenship, since foreigners can acquire them, and this made the 2012 voters’ register, not credible.

If we go along with those who are opposing the compilation of a new register, that the current Voters’ ID card should be used as proof of citizenship, then what will happen in the case those who were between 14 and 17 years in 2016, or other adults who had not acquired a voters’ ID, if they showed up to register and do not have a birth certificate, Ghana Card, or Ghana Passport?

The warning that we are in a pandemic, the Coronavirus (Covid-19), and so gathering people to register could spread the disease, may sound intelligent. However, the EC had promised it will make sure all the safety protocols are respected to the letter.

In view of best practices currently going on in our banks, our hospitals, our places of worship and other places where customers are served, I believe that the EC can do same, if not better, by improving upon what others are doing.

Looking at it, if the turn-over of people who go to register is in the manageable region of at most two hundred persons a day, then after six days of registration, a polling station will have a total of 1,200 eligible voters on register.

Unless our General Elections in December will take six days, I do not see how crowd control of 1,200 eager voters would not help in entrenching the safety protocol laws. So, in my opinion, those using Covid-19 as the reason to halt this compilation of a new voters register, should join me in calling for deferring the 2020 General Elections to December 2021. After all, the 2020 Summer Olympics has been shifted to the summer of 2021.

It is rather astonishing that some people who are either being coerced, or for the ambition to be heard and known publicly, will come out to give any reasons at all against the compilation of a new voters’ register. When we talk about the Covid-19, I see the real danger on December 7, 2020, when thousands will line up at polling stations to vote, and thousands more gather at collation centers to hear the final results declared. Registering will not pose any problems.

Because, if social distancing is enforced within the perimeter of the polling booth area, where will the people be before they enter that perimeter? Will safety protocols be enforced beyond the polling area, and up to what distance, the doorsteps or the gates of the voter?

Some people are chiding the New Patriotic Party and saying they see no reason why it is condemning a register which brought it to power, and calling for it to be changed. In 2015 or 2016, the National Democratic Congress (NDC) compiled an internal register with over two million persons, and this was used to successfully elect party officers, parliamentary candidates, and acclaimed its presidential candidate.

In 2019, the NDC went into internal elections again, but this time, decided to discard the 2015/2016 register because it claimed it was not credible. It claimed it had aliens on it, so it could not be used anymore. So why would the NDC choose to compile a new register with reasons bordering on credibility, but decide to stop the EC from doing same, based also on issues of credibility?

People like Franklin Cudjoe and his IMANI, those civil society organisations (CSO), the traditional leaders, the three hundred medical practitioners, some journalists, and all those who have joined the NDC to oppose the compilation of a new voters’ register should know that everything will go on smoothly, and there will not be any unusual hike in our Covid-19 status. Ghana will be the winner.

In my opinion, I thought the NDC was not charitable to have asked General Secretary Asiedu Nketia to comment on the Supreme Court ruling. He made it clear in 2013 that he was very illiterate in law and legal matters, so why lead him to make a mess of himself by coming out to claim victory in court?

Also NDC’s Bono Youth Organiser, Efo Worlanyo Tsekpo, who demanded that he should be castrated if the new voters register is compiled, should know he has just a day to walk his talk. Efo, be careful what you wish for.

And is my wonderful friend, Sammy Awuku, around? He also made a promise that he will defect to the NDC if no NDC member or sympathiser registers as a voter when the new register is compiled. Is the NPP going to lose an asset and the NDC gain one? This can only be revealed by effectively monitoring the registrations.

May Ghana continue to enjoy the Heavenly peace God has bestowed upon us, even if we consider it relative. Amen!

In all this, what kind of people are Ghanaians? One Supreme Court wrongfully aborts a law and that one is okay; then another Supreme Court upholds a law, but this one is a rogue court. I am sorry; we only have to pray for Ghana.

The post The Difference between August 29 & June 25 appeared first on The Chronicle Online. 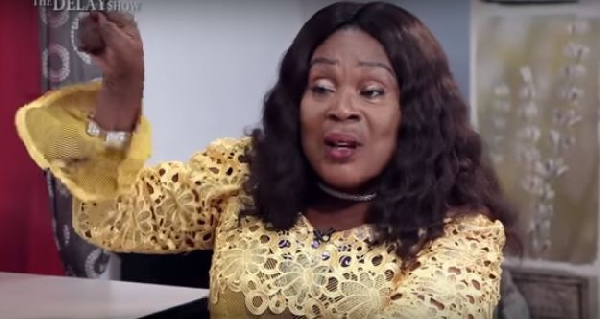 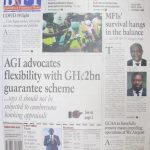 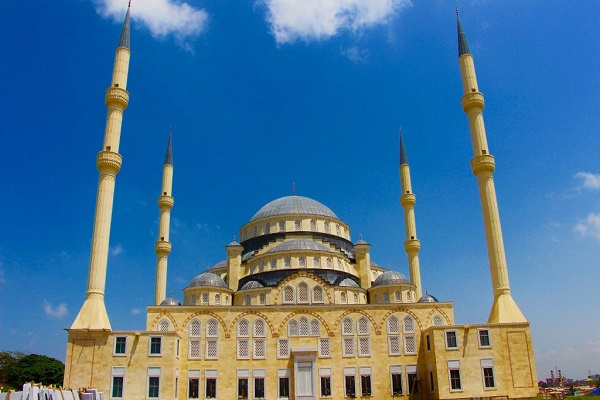 The gap between rich and poor is education - Imam 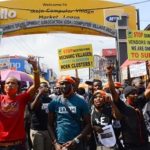 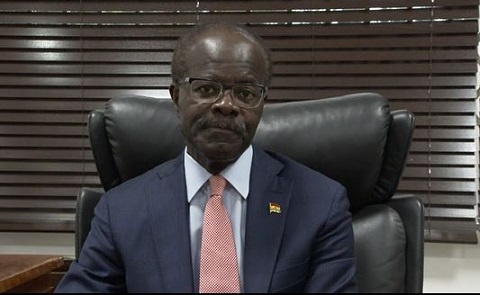 Citi Business Edition: The nexus between research and innovation for sustainable development