Is the approach for E-Levy not well-planned and bankable? – Dr Kofi Amoah asks 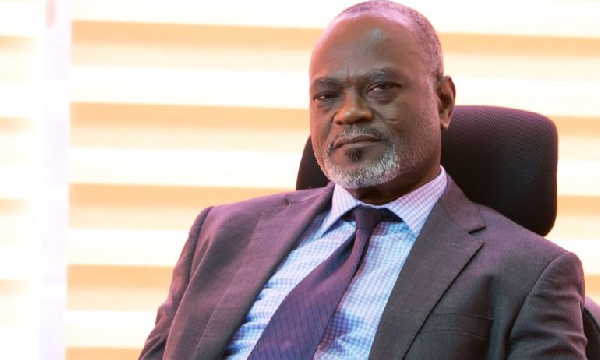 Is the approach for E-Levy not well-planned and bankable? – Dr Kofi Amoah asks

Ghana Web
Parliament at an impasse over E-Levy

Government to impose 1.75% rate for E-Levy

Government must trust among citizens for support, Dr Kofi Amoah

He opines that although government has set its intention on these programmes, there still remains a lack of trust among citizens to support initiatives.

Making his submission on the proposed Electronic Transaction Levy, Dr Kofi Amoah questions why government intends to seek financial support from banks to undertake the YouStart programme with no mention of taxes.

“When will government level with the people to build trust and help garner support for its programs. The YouStart Programme finance was from some banks, etc. but no taxes were mentioned”

“Now it’s E-Levy and did the banks turn government down? Is the programme not well-planned and bankable,”? Dr Kofi Amoah questioned via Twitter.

Meanwhile, the Government of Ghana has reiterated the need for the introduction of the E-Levy on numerous occasions since its announcement in the 2022 budget statement.

Although a decision to approve the E-Levy is yet to materialize in Parliament, the finance minister [Ken Ofori-Atta] has said revenue from the tax measure will go towards building more roads, creating jobs and opportunities for the youth and reduce the country’s dependence on debt assistance.

But the Minority in Parliament has vowed to kick against approving the E-Levy citing it will place more hardship on the ordinary citizen. Also, a cross-section of the public have bemoaned the introduction of the tax measure.

The E-levy is a new tax measure introduced by government in the 2022 Budget on basic transactions related to digital payments and electronic transactions aimed at widening the tax net and increasing revenue.

The measure, if approved, would place a charge of 1.75 percent on all electronic transactions that are more than GH¢100 daily (24 hours).