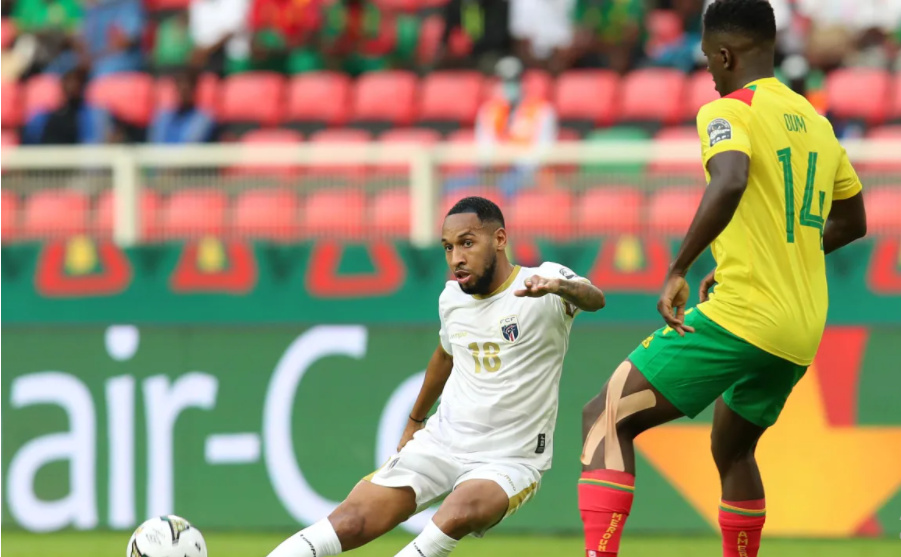 Ghana Web
Hosts Cameroon cemented top spot in Group A at the Africa Cup of Nations following a 1-1 draw with Cape Verde.

The Indomitable Lions took the lead when captain Vincent Aboubakar drilled home his fifth goal of the tournament after 39 minutes.

Aboubakar should have won it midway through the second half only to blaze over the bar with the goal gaping.

Unbeaten in their capital since 1988, the result means Cameroon will remain in stronghold Yaounde for their last-16 tie against a third-placed side from Group C, D or E on Monday, 24 January.

Cape Verde finished third in the group on four points, behind Burkina Faso in the table on head-to-head record, and the Blue Sharks face a wait to see if they will progress as one of four best third-placed sides.

At the last Nations Cup, four points was good enough to reach the last 16, just as it was for teams at both the 2016 and 2020 European Championships.

Aboubakar equals Indomitable Lions recordWith Cape Verde drawing 1-1 and knowing a point might take them through, their fans must have feared the worst after goalkeeper Vozinha spilled a cross into the path of the tournament's top scorer - only for Aboubakar to flash the ball over the crossbar from ten yards out.

It was a finish that belied the striker's fine form after the 29-year-old had earlier equalled a national record set by Cameroon legend, and now national FA president, Samuel Eto'o.

The top scorer in Nations Cup history with 18 goals, Eto'o scored five goals in both the 2006 and 2008 tournaments - a record that is looking in danger with four matches possibly left for the five-time champions to play.

Aboubakar had the best of Cameroon's chances, volleying powerfully over early on before forcing Vozinha to tip a long-distance shot around the post.

His goal came after Moumi Ngamaleu's free-kick was headed away by Cape Verde's Diney Borges, with Aboubakar unerringly finding the bottom corner with a firm left-footed strike as he latched onto the loose ball.

Blue Sharks survive Cameroon onslaughtInstead of feeling sorry for themselves after falling behind, Cape Verde instantly rallied towards the end of the first half when goalkeeper Andre Onana was almost caught out by a deep cross as the island nation started knocking on the door.

Their goal silenced a boisterous crowd inside Olembe Stadium, as Rodrigues flicked in Rocha Santos' cutback from the byeline with his right heel to leave Onana stranded.

Aboubakar's golden chance to win the game came shortly after, and his miss was soon followed by Samuel Oum Gouet firing straight at Vozinha as Cape Verde weathered Cameroon's storm.

Forcing a series of corners after coach Toni Conceicao sent on the cavalry in the shape of forwards Eric Maxim Choupo-Moting and Clinton Njie, Cameroon were unable to break down a resolute Cape Verde defence as Njie and another substitute, Olivier Mbaizo, went close.

But Cape Verde held on and will now have to watch on anxiously to see if their four points will be enough to take them into the knock-out stage for only the second time in their history.