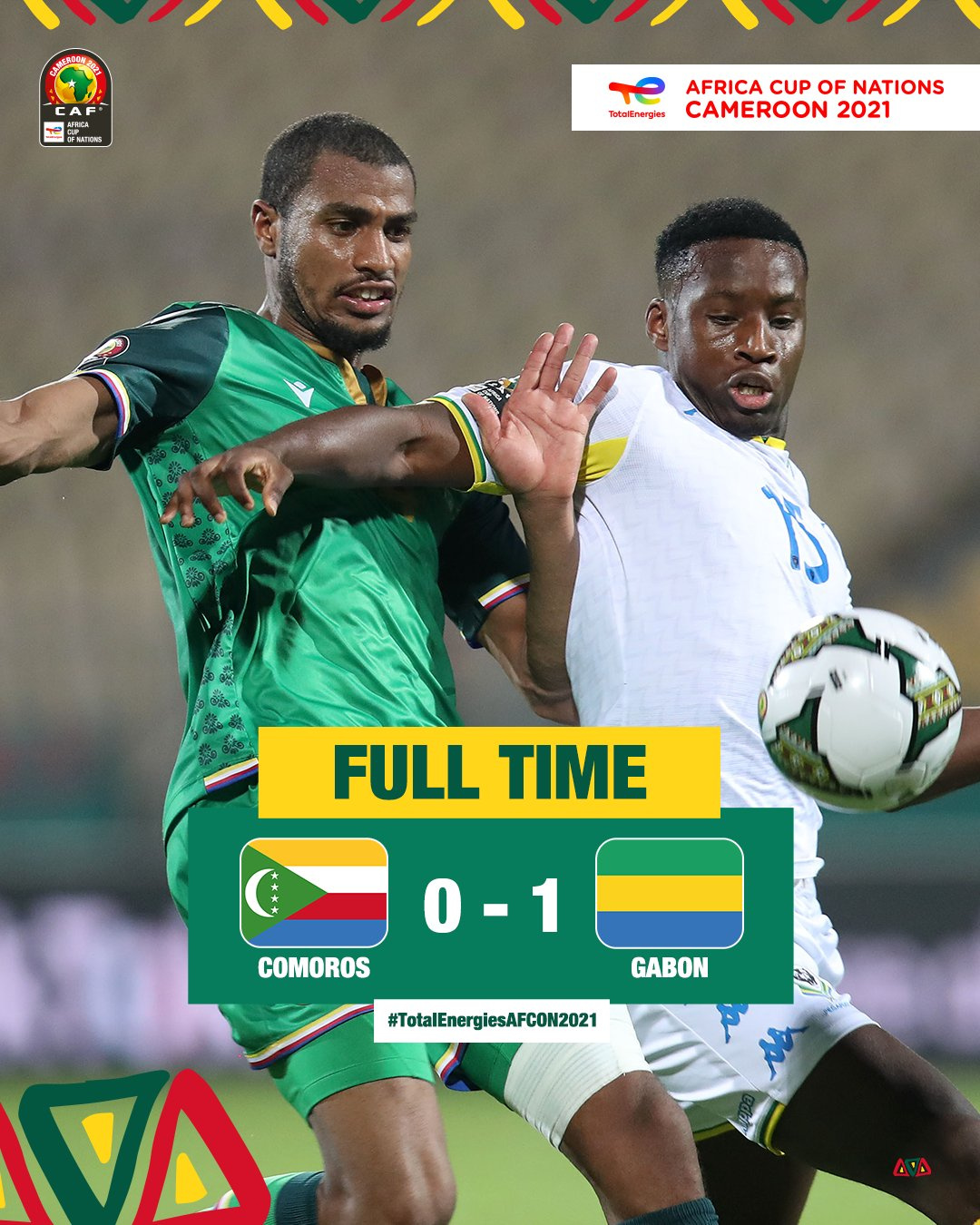 The Panthers defeated The Coelacanths 1-0 to go joint of the table with Morocco on three points each ahead of Ghana’s clash on Friday evening in the second round of games.

Gabon was the favourite going into the game and wasted no time to make their intentions clear against the Afcon newcomers.

Gabon, also nicknamed The Brazilians created half-chances early in the match and tested the opponent goalkeeper on several occasions.

Sixteen minutes into the game, Aaron Salem Boupendza scored from a tight angle with a wicked left-footed strike to make it 1-0 to Blue and Yellows.

Both teams had chances to score in the first half after the deadlock was broken but both sets of goalkeepers were in fine form to prevent another goal in the game.

After the break, The Islanders upped their perf and took the game to the Gabonese creating some decent chances which they failed to convert.

Gabon also could have doubled their lead but failed to convert the few chances that came their way as it finished 1-0 to the Panthers. Read Full Story
Advertise Here contact ads[@]ghheadlines.com
Related Items sports soccer
sports soccer