Africa is not a haven for cybercrime – Lawyer 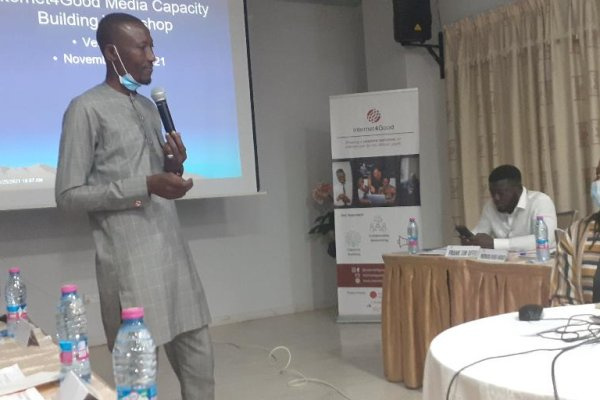 Africa is not a haven for cybercrime – Lawyer

Ghana Web
Mr Zakaria Tanko Musah, a legal practitioner, has called on the media to use advocacy, development and community journalism to change the narrative that Africa is a safe haven for cybercrime.

He explained that though the continent records online crimes, the attention given to it by the foreign media was disproportionate.

Mr Musah, also a Lecturer at the Ghana Institute of Journalism, was addressing selected media personnel across Ghana during a two-day training workshop organised by the Internet4good Initiative and supported by the Bosch Alumni Network.

It was to empower practitioners to change the reportage of the "African scammer" stereotype in the media.

Mr Musah said online criminal activities were more than financial fraud (sakawa), which Africa had been accused of, citing cyber terrorism, cyber extortion, cybersex, cyber trafficking, stalking, and ponography as cyberattacks committed in other parts of the world.

He said no African country was even part of the top 20 countries noted for cybercrime in the world.

The world had become interconnected and there was the need to change the narrative by journalists in Africa, he said.

He called on the media to help create a new frame by projecting the positives of Africa and urged the youth to use the internet to improve their lot and not dwell on the negatives.

That, he said, had to be consciously done by not looking at news from the perspectives of the western world and let the positives make the headlines rather than the negatives.

Oyindamola Adegboye, Team lead, Internet4Good, said gone were the days when people saw the internet as evil, adding that it had brought interconnectivity, making the world a global village with a number of benefits.

Ms Caroline Anipah, Ghana Country Programme Officer and Editor of Dubawa, advised the media to do fact-checking in the course of their work to avoid misinformation as the public take their information as the “Gospel truth.” Read Full Story
Advertise Here contact ads[@]ghheadlines.com
Related Items news
news