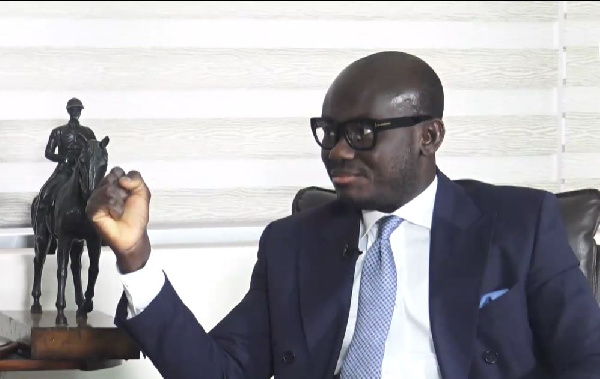 Ghana Web
Lawyers of the 499 Law students who are seeking an interlocutory injunction against activities of the 2021/2022 academic activities of the Ghana School of Law have through their lawyers led by Martin Kpebu requested for time to respond to the Attorney General and the General Legal Council.

The respondents – the GLC and the Attorney General – have insisted in their affidavit in opposition to the interlocutory injunction filed by the law students, insisted that the 499 students failed the entrance examination.

In court on Monday, November 9, 2021, lawyer Martin Kpebu told the court that they have just been served with both respondents’ affidavits in opposition.

He, however, added that they were served with the AGs affidavit on Monday after close of business.

Consequently, he said, he has not been able to show it to his clients in order to receive further instructions.

He, therefore, requested for a short adjournment to be able to respond to the respondents’ affidavit in opposition.

Lawyer of the GLC led by Nana Yaw Ntrekwah argued that the instant application is at the behest of the applicants and that if they decided to pray for an adjournment anytime they appear in court it is their own cup of tea.

Though he prayed the court for the objection to be dealt with instantly, the court adjourned the case.

The AG represented by Grace Oppong, Principal State Attorney, said she concurs with the 1st Respondent that, if the applicants are seeking for time to respond to their affidavit in opposition, they are not opposed to it.

The Human Rights Division of the Accra High Court presided over by Justice Nicholas Mensah Abodakpi while adjourning the case said, “the supplementary affidavit in support filed on November 5 is accepted as regularly filed”.

He however said, “if counsel for the applicants is minded to file further supplementary of affidavit in support, he shall first apply formally and on notice to the respondents for a determination to be made on it.”

The court said, even submission is made by counsel for applicants, it appears he is not ready to move the motion for interlocutory injunction for today.

The AG further described the application as “unmeritorious” and contended that the “applicants have failed to particularize the irreparable damage that will be caused if they are not granted admission especially when the law school is still in existence and running the law course.”

“That the 1st Respondent is the body which is concerned with the legal profession, the organisation of legal education in Ghana and upholding standards of professional conduct and it is untruthful to state that, the courts have consistently made orders against the 1st respondent

On October 22, lawyers of the 499 LLB students who were deemed to have failed their entrance examination sued the Director of the Ghana School of Law and the AG

The students through their lawyers led by Martin Kpebu filed the application asking for the decision to be quashed in a Ceetiorari application and further asked for the GLC to be compelled to admit the students.

The applicants are seeking among other things “a declaration that the conduct of the 1st Respondent in declaring the applicants as having failed the entrance examination into the Ghana School of Law for the Professional Law course held in August 21 despite the fact that applicants had obtained marks between 50 and 61 out of a total 100 marks is a violation of Article 23, 25 and 17 9f the 1992 Constitution.

They are also seeking “An order of Certiorari to quash the decision of the 1st Respondent that only candidates who obtained at least 50% in each of tye sections (A & B) of the Ghana School of Law entrance examination held on August 24, 2021 as contained in a notice published on October 4, 2021 by the director of the Ghana School of Law on behalf of the Ghana Legal Counsel for being a violation of articles 23, 25 and 17 od the 1992 Constitution and for being unreasonable for having being made after the examination referred to in relief (i) but being applied to that exam.

“An order of mandamus to compel the 1st Respondent to admit the applicants into the Ghana School of Law for the professional law course in this 2021/2022 legal year pursuant to reliefs (i) and (ii) above.