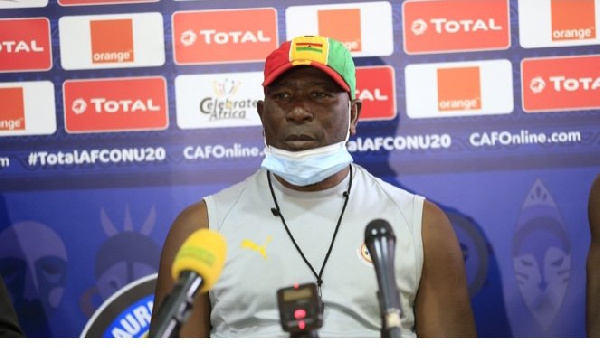 Ghana Web
• Dreams succumbed to a 3-1 defeat to Kotoko

• Zito is confident his boys will bounce back

Dreams FC assistant coach, Karim Zito, has revealed that their intention was to beat Asante Kotoko and by that to break a losing streak against the Kumasi-based side.

Ghana’s U-20 star, Fatawu Issahaku scored on his league debut for the 'Still Believe' boys after a goalless first half.

However, the Porcupine Warriors managed to pull parity through Salifu Mudasiru who came on as a substitute before Isaac Oppong and Richmond Lamptey scored to make it 3-1 in favour of Kotoko.

Speaking after the game, Coach Zito expressed his disappointment in his team for failing to hold on to their lead in the game.

“I wanted to break Kotoko’s supremacy over Dreams, this is the reason why we came in,” Coach Zito said during the post-match interview.

He added, “But getting to the latter part, when we had the goal, my boys relaxed a little bit, but Kotoko kept fighting and they deserved the win. It's a lack of concentration and (adherence to) the instruction given to them.” Zito explained. “The games never ends until it ends. So it’s never over until it’s over,” the former U-20 coach said.

Adding, “It was left with 18 minutes but we still played, we should have managed the ball and do what we can do just to frustrate Kotoko, but they were in for a win.”

According to him, it is early days yet in the league because he is optimistic that Dreams FC will come back strong in their next games in the league campaign.