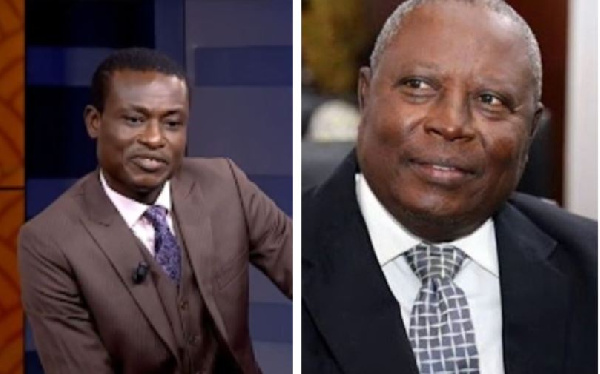 Ghana Web
The Special Prosecutor, Kissi Agyebeng, has said he shrank over his predecessor, Martin Amidu's comments about his appointment in one of his epistles.

Speaking on Accra-based Starr FM's Starr Chat programme, Agyebeng indicated that the former Special Prosecutor does not know him enough to make such a statement about his personality.

When asked how he felt about Martin Amidu’s comments, he said, “I shrank. When somebody asked me about it, I told him that he doesn’t know me.

“If you don’t know me and you sit in your house and draft something and put it out there and people believe you, that is you. If he has seen me with the president and the way I relate with the president, the way we talk to each other and if he calls me what he says and all that, you have no inclination whatsoever and you go to say something like that, you are the poorer for it. You are the poorer for it because you have no basis in saying what you are saying but you are saying it. So when I hear all these comments, I shrank,” Kissi Agyebeng said.

Martin Alamisi Burnes Kaiser Amidu is on record to have described the nomination of Kissi Agyebeng as his successor at the Office of Special Prosecutor (OSP) as “a surrogate” to persons implicated in the Agyapa Royalties Transaction Corruption Assessment report.

According to him, Kissi Agyebeng’s appointment is to safeguard the interests of persons the report implicated.

In a statement copied to GhanaWeb titled ‘Do not defame Martin Amidu in the propaganda to nominate a new Special Prosecutor’, the for former OSP stated:

The former Special Prosecutor noted further that until 20 March 2020, Agyapa Royalties Limited was incorporated as Asaase Royalties Limited with the date of incorporation being 5 November 2019 in Jersey, the United Kingdom. "Anybody who cares to know knows that the alter ego of Africa Legal Associates is a cousin of the President who also established Asaase Radio which began official transmission on 14 June 2020.

He continued: “The Agyapa Royalties Transaction records show the role the President’s cousin who established Africa Legal Associates, and Asaase Radio played with White & Case LLP, of London, one of the foreign law firms in the suspected corruption transaction.

“It must, therefore, be worrying to any patriotic Ghanaian not afraid of the culture of silence to see Asaase Radio undertaking political propaganda beginning on 25 April 2021 to 26 April 2021 to prepare the minds of the Ghanaian and international public to accept the surrogate of the alter ego of the Asaase Radio station and Africa Legal Associates as the Special Prosecutor as mandated under section 4(1) of the Office of the Special Prosecutor Act, 2018 (Act 959).”

Martin Amidu further argued, “In the attempt of persons implicated in the Agyapa Royalties Transaction Corruption Assessment Report to pressurize the president to appoint their surrogate as the Special Prosecutor to safeguard their interests, the online reportage of Asaase Radio resorted to direct fabrications, lies, and omissions against me in its narration of the reasons for my resignation.”

He said, "the pro-NPP radio station shamefully pretended not to have read my rejoinder giving further and better particulars on my resignation dated 26 November 2020 to the Secretary to the president’s supposed reply to my resignation letter which we now know by experience that the president might not have instructed to be written at all.

“My functions or my judgement and decision as the Special Prosecutor to resign my office under Act 959 was not subject to the supervision or judgement of civil society actors let alone those of them who secretly attend Government policy-making meetings as I had occasion to point out in writing previously.

“In exercise of brazen impunity, Asaase Radio reported online a matter which never featured in my resignation for pure political propaganda to facilitate and enhance the status of its surrogate “Agyapa” Special Prosecutor even before the president could indicate his acceptance of the nominee and forward a request to parliament,” Amidu’s statement read further.

PROFESSIONALISM…. problem no one talks about and what you can do

H.Insured : What you thought you knew about motor comprehensive insurance 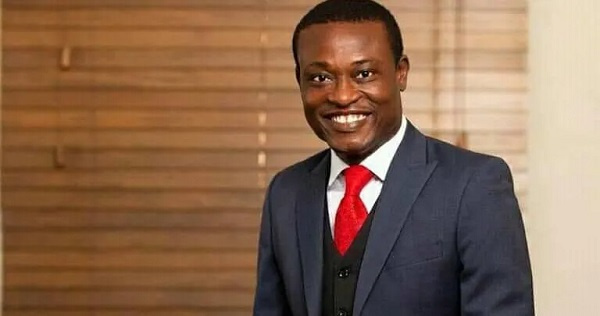