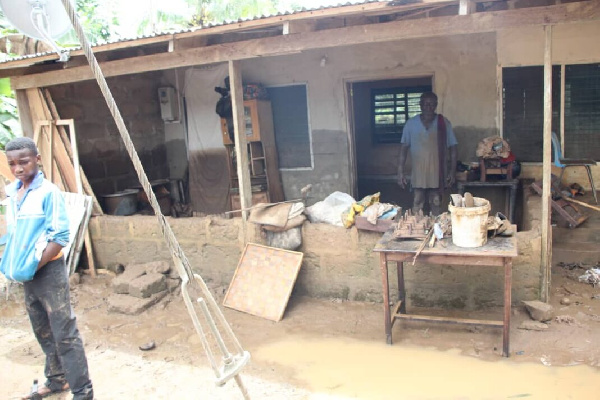 The situation was however worst at Abogiri -Oyefo where an Elder of The Church of Pentecost, Elder Frimpong Daniel, his wife, and four children including their 21-year-old Level 200 student of KNUST nearly drowned when two rivers in the area (River Boatemaa and River Nyirede) overflew its banks.

Their four-bedroom house was suddenly flooded trapping the family in the room.

Elder Frimpong Daniel said he gathered the courage to rescue the wife and children to a house at a higher ground as he staggered through the flood which reached belly level.

“We give greatest thanks to God for saving our lives especially my son Stanley. I tried sending the two girls away to a neighbors house, after that, I tried to carry my wife on the shoulder so that we can escape. As we were going the boy was following us and nearly drowned but God being soo good I managed to rescue him”, Elder Frimpong Daniel told Starr News.

“We have been here for the past 15 years but we have never observed such a flood before. This is the greatest flood to be recorded here. We have lost everything the only thing left are the dresses we were wearing”.

Another victim, Asare Adjei narrated that, the floodwaters trapped him, the wife, and five children in their room as it swelled to window level and entered the rooms destroying their properties.

For Kwadwo Fred who was seen with his family salvaging their lost items, last Friday’s flood was unprecedented in the area. 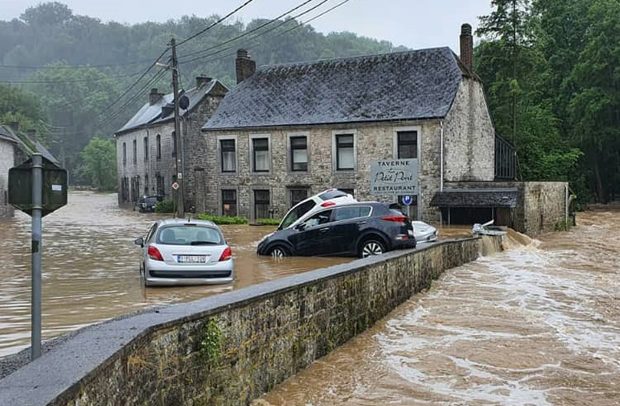 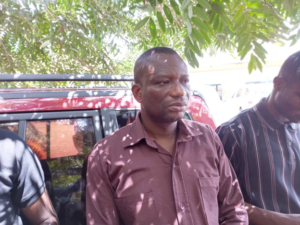