A ‘cult hero’ returns: What Milovan Rajevac’s second coming mean for the Stars?

A ‘cult hero’ returns: What Milovan Rajevac’s second coming mean for the Stars?

A second place finish in Angola at the 2010 African Cup of Nations and a historic quarter-finals finish at the World Cup in South Africa the same year made Ghana the best team on the continent and an instant powerhouse on the globe.

But while his impact will forever be recognized, the style of play he introduced was not the exciting and expansive style of play that most Ghanaians would have loved to see.

Milo’s first reign was characterized by a steely defence and a well structured counter attacking team potent enough to win whenever it mattered most.

Thus instead of becoming a ‘legend’, he has more often than not been considered as a cult hero for the Stars.

He has signed a 1-year deal with an option for an extension and will be tasked with the core responsibility of guiding the Stars to the World Cup in Qatar next year.

The Serbian returns at a time when the Stars are in dire need of better performances and results, following the unimpressive reign of CK Akonnor.

But the question that needs answering to is, will Milo’s second coming provide the country with the aforementioned?

The second coming of Milo

CK Akonnor upon his appointment as Black Stars coach promised to implement his Agoro football philosophy and while many would argue that there were subtle evidence of its implementation, that promise was nowhere near being fulfilled.

Even before his sacking, Ghanaians had evidently lost patient with the former Kotoko coach after his side put up a boring and an uninspiring performance against Ethiopia despite emerging victorious in that particular game.

The established fact then is that Ghanaians would want more thrilling performances from the national team.

Unfortunately, the dream of experiencing a Tiki-Taka team will have to be put on hold for a while, as the new coach has provided an insight into what his second reign will be like.

As expected, the Serbian hinted in his presser that a more expressive and aggressively attacking football will come as a secondary objective to winning football games.

“I mentioned once that I preferred five victories in five matches and that’s 15 points. Of course I will like my team to score many goals but the victories are important. I hope the boys will score many goals this time to make everybody happy,” Milovan Rajevac indicated yesterday.

Ghanaians would have thought that a decade of growth and more coaching experience would have altered the coach’s philosophy, but that hasn’t happened yet.

And perhaps, now more than ever his style of play is just what the Black Stars need.

CK Akonnor was not only criticized for his inability to implement his playing philosophy, but his team did not, on most occasion, show any sense of structure or organization.

Especially in the Ethiopia game referenced earlier, there was a clear impression that the players were not well coached into the formation.

This is a trait that is unlikely to be seen in the next year or so as Milo takes over.

Milo’s organizational skills and tactical prowess were very much evident at the 2010 AFCON Cup of Nations when he made use of young players such as Dede Ayew and Kwadwo Asamoah to reach the finals in Angola.

The theory then is that if the Serbian could bring the same organizational skills to the team, there are high chances of him succeeding.

Unlike his first stint, Milovan does not have at his disposal the likes of Michael Essien, Sulley Muntari, Kevin Prince Boateng and Asamoah Gyan to make his job more easier, but there are equally good options available throughout the team.

Thomas Partey who has been compared to Michael Essien on several occassions is capable of producing incredible performances on any other day, and with the likes of Mubarak Wakaso and Baba Iddrisu supporting him, the team certainly has a more formidable midfield.

In defence, the rise of Salisu Mohammed at Southampton, return of Jonathan Mensah and the availability of Daniel Amartey, Baba Rahman and others means that the Stars have good options to shut out opposition players.

In his first stint and particulalrly in 2010, Milovan also relied heavily on Kwadwo Asamoah, the player who won Caf’s Most promising Player award in 2010, and that role could be filled perfectly by Ajax’s Kudus Mohammed.

It is suffice to say that Milovan Rajevac has all that is needed to implement his style and provide Ghana the results it needs and potentially better his PPG during his first stint, which is comparatively better than CK Akonnor’s.

In the 11 games that CK Akonnor oversaw as Black Stars coach, he won only four of them, drew 2 and lost 5 of them, leading to a point per game of 1.27.

On the other hand, his replacement, Milovan was in charge for 28 games for the Black Stars.

Out of the 28, there was an equal percentage for wins and losses, 12 each, and 4 draws.

This result in a Point Per Game of 1.43 and while it might not appear as a high figure, it is considerably better than that of his predecessor.

It is thus fair to say that Milo compensates for a lack of attractive style with a higher PPG which could prove vital for the Stars.

Time to be ‘steely’ and joyful

With just one point separating the Black Stars and South Africa in the World Cup qualifiers, Milovan Rajevac very well knows that his side are as much favorites to qualify as the first placed team.

And while an attractive brand of football would thrill most Ghanaians, the Serbian will without hesitation reintroduce his ‘steely’ football with the sole objective of helping the Stars qualify for the World Cup.

A ‘cult hero’ returns: What does Milovan Rajevac’s second coming mean for the Stars?

I will prove the second coming syndrome wrong – Milovan Rajevac 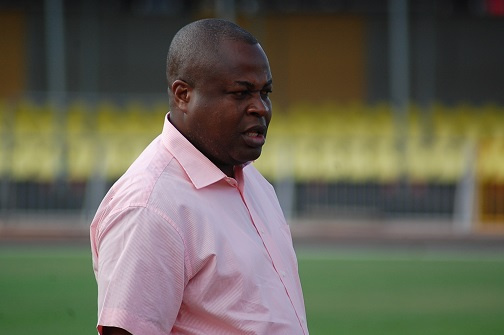