Ghana Web
The Ashanti Region Youth Wing of the National Democratic Congress (NDC) has thrown support for former president John Dramani Mahama to lead the party again into the 2024 elections.

In a statement issued amid controversy over Mr Mahama’s two-day Thank You tour of the Region, regional Youth Organiser Osman Nabali Abdullah insisted that the three-time Presidential Candidate is the only one who can rescue Ghanaians from the current economic hardship under the current government.

He issued the statement to counter one issued by a group calling itself NDC Ashanti Youth.

NDC Ashanti Youth is calling for another leader, not Mr Mahama, to lead the NDC into the next elections.

“We will not dignify the content of their statement because, the [Ashanti] region does not know the existence of any such group,” Osman Nabali Abdullah stated.

“For the avoidance of doubt, there is no Youth group in Ashanti that operates by that name. This is the first time of any public statement by the said faceless group, and we are not surprised that their name just popped up at the time that Former President Mahama is in town.

“One thing that, we in the Ashanti Youth Wing want to be known to all and sundry is that, the brand of H.E John Dramani Mahama is too powerful to be soiled with such a childish release.

“We want to restate that, as far as the Regional Youth Wing is concerned, it is either H.E. John Mahama or no one else – John Maham till we win.”

Mr Mahama is yet to declare his intention as regards the party’s 2022 presidential primaries but many believe his nationwide Thank You tour is an ambush campaign to all members that he will bid to lead the NDC for the fourth consecutive time.

It’s a lie, there is no insecurity in Ghana – Abronye DC 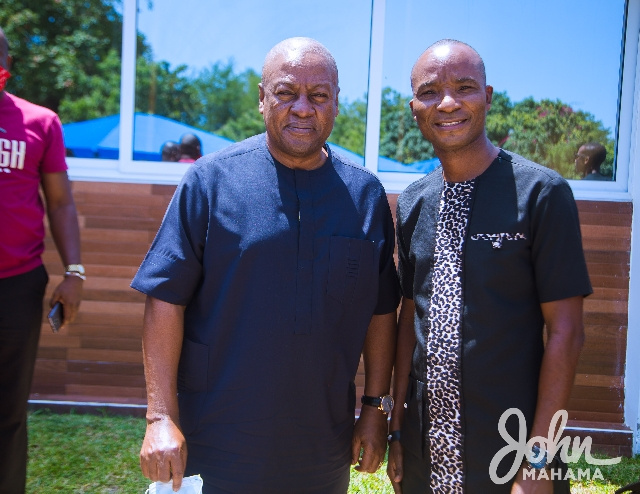