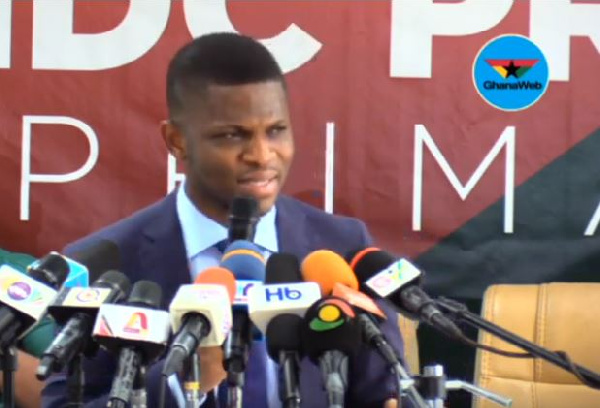 National Communications Officer of the opposition National Democratic Congress, Sammy Gyamfi, has affirmed that there will not be any apology for former president John Dramani Mahama’s recent comment on the party’s position going into the 2024 general elections.

Former President Mahama in a recent interview, stated that the NDC will consider the 2024 election a ‘do or die affair’ in terms of the protection of ballots and the collating of results.

The comment has received widespread condemnation with many of his critics equating his statement to a call for violence. There have since been various calls demanding the former president to retract his statement and issue an apology.

But speaking on the Thursday edition of Metro TV’s Good Morning Ghana, Sammy Gyamfi who was defensive of the former president said “President Mahama will not retract the statement today, tomorrow or forever.”

He explained that the statement by Mr Mahama made, was only borne out of events in the 2020 elections, which the NDC maintains was rigged by the ruling New Patriotic Party, hence, the resolve of the NDC to be extra vigilant in the next election.

Sammy Gyamfi maintained that there was a clear distinction between Mr Mahama’s statement and what critics say was a call for violence by then opposition candidate, President Nana Addo Dankwa Akufo-Addo, who declared the 2012 elections an ‘all die be die’ affair.

Speaking on the comparison of the two statements, Sammy Gyamfi said “There is no parallel between ‘do or die’ as said by (former) president Mahama and the infamous ‘all die be die’ statement then opposition leader, President Akufo-Addo made. These two statements are not the same. They are worlds apart. When you are interpreting something, you interpret it as a whole. If you look at what President Mahama said that at the polling station, it will be ‘do or die’ because the right things must be done. But with the ‘all die be die’ statement that candidate Akufo-Addo made in the round up to the 2012 elections, it was the first time that a candidate from in opposition will stand on a platform and publicly advocate for violence.

“Here, President Mahama is not saying go and engage in violence or lawlessness, he even said that we will not engage in cheating so nobody will cheat us. So unless the NPP intends to steal the election in 2024, unless they want to do the wrong things at the polling station, unless they intend to resort to intimidation, lawlessness and violence which led to the death of 8 Ghanaians in the just ended 2020 elections, unless they want to repeat that again, we don’t think there should be any issues,” he said.

Meanwhile, investigative journalist, Manasseh Azure Awuni has condemned former President Mahama for the comments he made. According to Manasseh, Mr Mahama stands a better chance of winning the 2024 elections, hence, his party must focus on robust and effective means of protecting and collating results come 2024 instead of resorting to violence. Read Full Story
Advertise Here contact ads[@]ghheadlines.com
Related Items news
news

'Do or die' has come to stay, it will never die - Sammy Gyamfi