Ghana Web
President Nana Addo Dankwa Akufo-Addo will on Tuesday cut the sod for construction work to begin on sporting facilities for the 13 edition of the African Games scheduled for 2023.

He would perform the ceremony at Borteyman near Accra for the construction of the 50,000 capacity Olympic Standard stadium to kickstart Ghana's preparation to host the games.

Eugene Arhin, Director of Communications at the Presidency, disclosed this at the Jubilee House press briefing in Accra.

The stadium will host facilities for about 25 sporting disciplines for the game. It will have multi-purpose sports halls for all indoor sports, aquatic centres for swimming, and tennis courts.

Mr. Arhin, who gave highlights of the President's itinerary for the week, said he would on Friday, September 3, 2021, embark on a working visit to the Western and Western North Regions as part of his annual routine of visiting every region to appraise what was going on with respect to the execution of government's agenda

The President, after the tour of the Western and Western North Regions, would proceed to the Volta and Oti Regions on a later date. Read Full Story
Advertise Here contact ads[@]ghheadlines.com
Related Items sports soccer
sports soccer 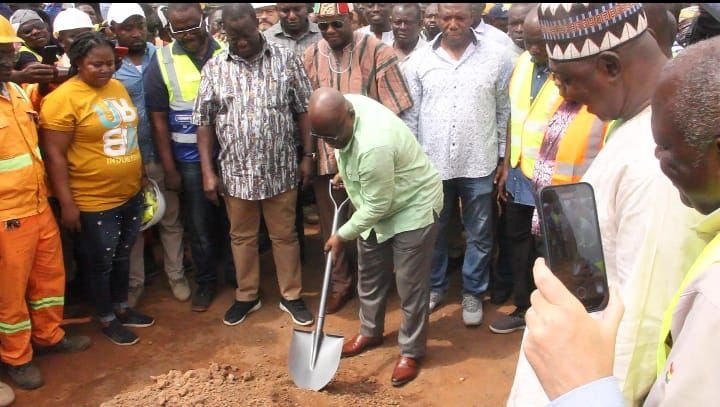