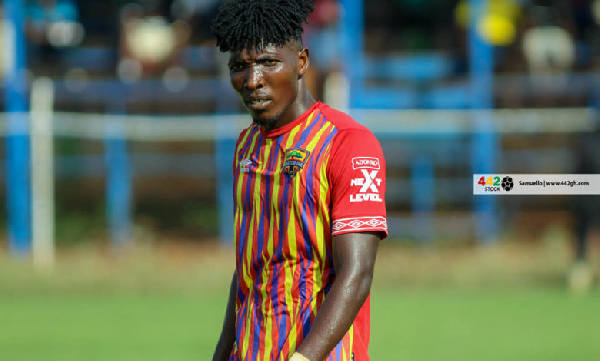 Ghana Web
Manager of ex-Hearts of Oak midfielder, Benjamin Afutu, Daniel William Takyi has revealed to Angel Floodlight Sports that his player is clubless after Hearts of Oak failed to send draft of an agreed contract to them.

The defensive midfielder was a fan favourite in the 2020/2021 season where he scored 7 goals in all competitions to help the Phobians ended their over a decade long trophy drought.

After a splendid performance, it came as a shock to the the rainbow family when Afutu’s name was reportedly missing from Hearts’ squad for the CAF Champions League.

However, in an interview with Afutu’s manager, he outlined certain terms and conditions he hoped Hearts will agree with including an assurance of playing time.

According to him, “no club has contacted Afutu both domestic or abroad. So at the moment Benjamin Afutu in clubless. I will like to state clearly that money was not a bone of contention in the contract extension. Meanwhile, Hearts fans shouldn’t be angry with Afutu we are still waiting for the drafted contract from the club”.