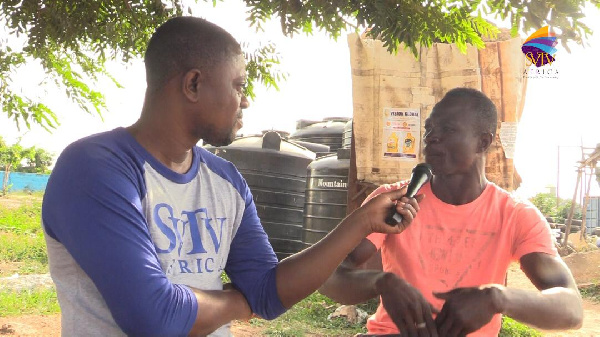 Ghana Web
Ashaiman based ‘okada’ rider, Ibrahim Abayi has alleged that they feel suffocated by the Ashaiman police because they demand more than they earn in a day.

Speaking with SVTV Africa’s DJ Nyaami, Ibrahim stated that they (okada riders) are often mistreated for the tiniest mistake. Moreover, most police officers do not abide by the rules they force down their throats.

Having been in the business for over 8 years, Ibrahim indicated that the Ashaiman police specifically threaten their source of livelihood when the police must protect them. He also spoke on police brutality.

“Some time ago, I saw police kick a motor rider off his bike while on the road. I felt sad. These days I feel disgusted by the sight of a police uniform.

We know that some riders make mistakes but when police officers take money for themselves and leave the person, he will commit the offence again. They are killing us more than the coronavirus,” he added.

Ibrahim believes that this act of the police has made the profession unattractive to the youth so “these days Ashamian boys want the army and not the police because the soldiers are disciplined.”

Kindly watch the full interview below