Ghana Web
On July 28, 2021, at about 12:30 hours a rider who was on unregistered Haojue motor bike is reported to have rolled under a Jac truck at Muus on the Achimota Ofankor highway after he was allegedly pursued by a police officer on duty at the Neoplan station for failing to stop when signalled.

The police officer was subsequently attacked by a mob but was timely rescued.

The accident victim and the police officer were rushed to the Achimota Hospital for medical attention but the motor rider was pronounced dead on arrival.

The police officer sustained injuries from the mob attack and is still receiving treatment at the Hospital.

Some aggrieved youth numbering about 150 later besieged the Achimota Hospital in attempt to attack both the hospital staff and the policemen.

They pelted stones and other implements damaging the back screens of two police vehicles and other properties around. Reinforcement was requested to augment police efforts, disperse the crowd and bring the situation under control.

The accident which led to the death of the rider is being investigated by the police. Read Full Story
Advertise Here contact ads[@]ghheadlines.com
Related Items news
news 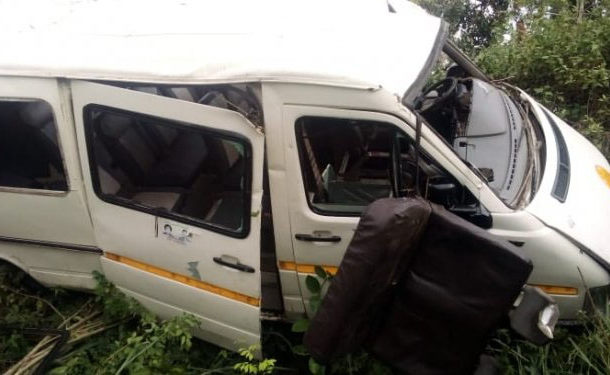