NPP issues ‘tough’ code of conduct ahead of primaries

NPP issues ‘tough’ code of conduct ahead of primaries

Ghana Web
The New Patriotic Party (NPP) has set up a National Complaints Committee, which will receive formal complaints from members against any other member who breaches a new code of conduct adopted by the National Council on Tuesday.

The code of conduct is to regulate the conduct of party members ahead of the presidential and parliamentary primaries for the 2024 elections.

It is to guide party members prior to the General Secretary are formal opening of nominations for the primaries.

An exception has, however, been made for parliamentary aspirants in constituencies that do not have NPP Members of Parliament (MPs) – orphan constituencies.

“It shall be the duty of the National Complaints Committee to investigate each complaint of violations of this Code of Conduct to determine whether or not there is a prima facie case.

“Where the Committee has established a prima facie basis in a particular complaint, it shall make a referral to the National Disciplinary Committee for the necessary disciplinary actions in line with the provisions of the Constitution.”

“Sanctions shall be imposed on any member or supporter of the party, who fails, neglects or refuses to comply with the orders of this Code of Conduct.

“Possible sanctions include fines, suspension, expulsion from the party or disqualification from holding any office or position in the party for a stated period.”

The press release emphasised that the party reserves the right to disqualify any potential presidential or parliamentary candidate or aspirant who either directly or indirectly breaches the new code of conduct. 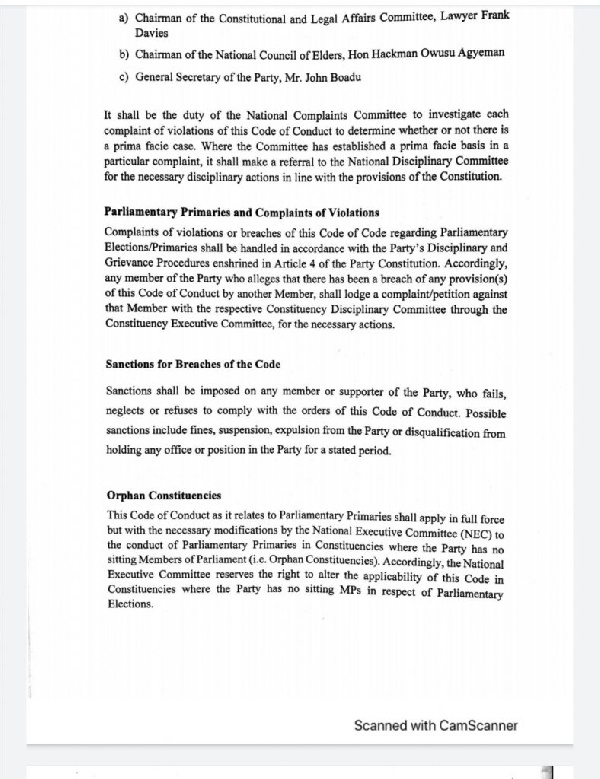 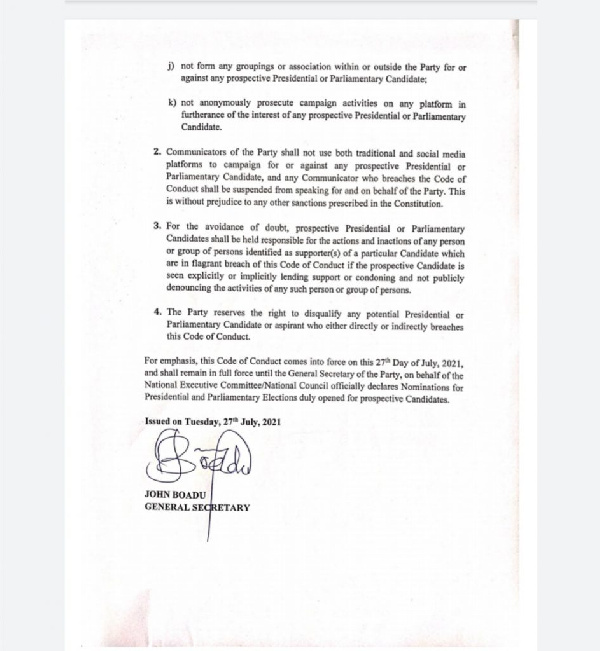 NPP drafts code of conduct for aspirants ahead of internal elections

NPP presidential battle gets fierce ahead of primaries

NPP to regulate conduct of flagbearer hopefuls with strict code

NPP to regulate conduct of flagbearer hopefuls with strict code