Ghana Web
A UK politician, Seb Dance, has hit back at Ningo Prampram lawmaker Sam George over his hard-line stance on LGBT rights in Ghana.

The opposition lawmaker has been on a Twitter feud with celebrities and some notable Ghanaians since Friday night over his extreme view of the LGBTQ community. The social media storm was sparked after portions of a draft bill against LGBT got leaked online.

Wading into the conversation on Twitter, the former member of the European Parliament described the NDC lawmaker’s rhetorics against homosexuals as backward.

“What an appalling way to treat your fellow human beings. I hope you come to your senses and reconsider rather than build on backward, colonial legacies that have damaged and limited the lives of so many. Where is the love?.

“Mr George in response said: “I would be glad when you and your fellow MEPs come to your senses and legalise polygamy. Can you show me the science or common sense behind your criminalization of polygamy? You may think yourselves so wise but the joke is on you mate. The love is in common sense”.

It can be recalled that in a similar light, Sam George was caught up in a heated argument with popular singer, Sister Derby over speaking against the LGBTQ community. 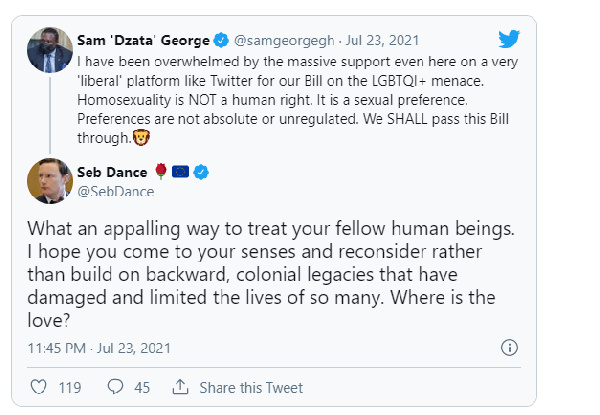 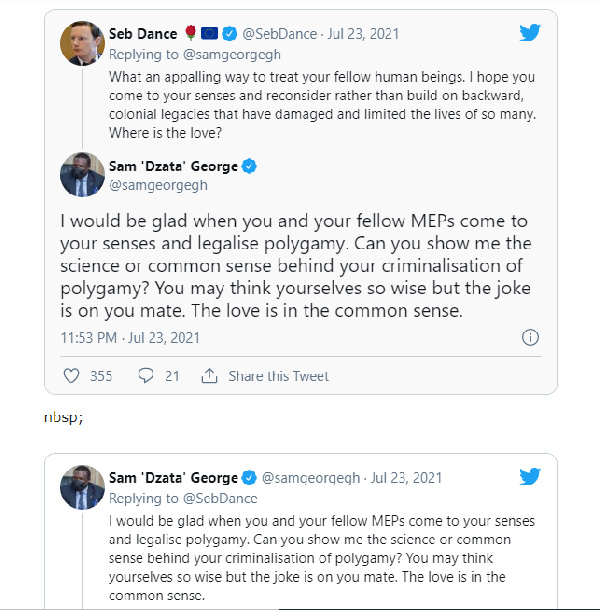 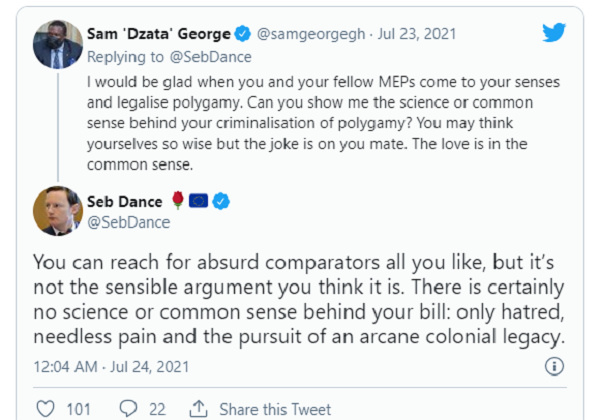 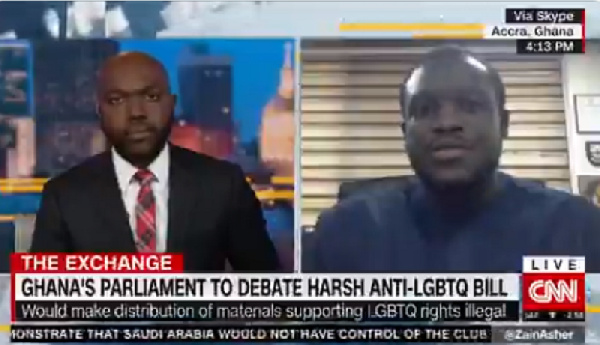 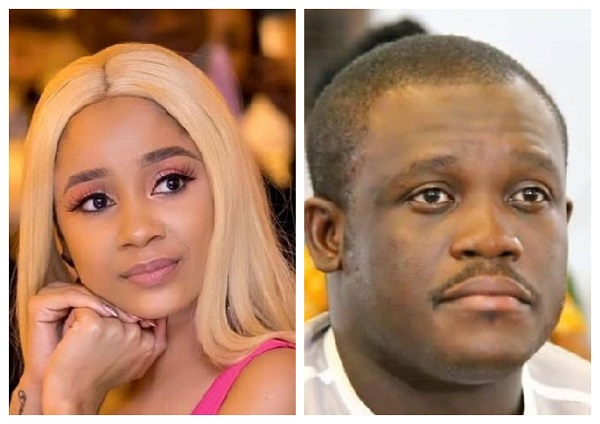 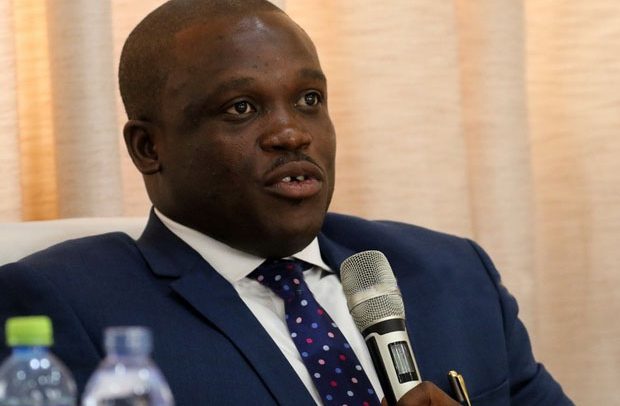 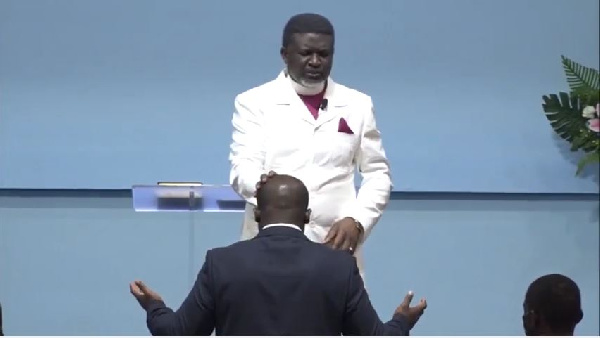