According to the Founder of the Atta Mills Institute, the first and second ladies are already being taken care of by the State as they have been assigned State security and dispatch riders who are on the government payroll to help them perform their functions.

The Chief Executive Officer (CEO) of the Atta Mills Institute speaking from experience, stressed that the First Ladies’ activities are mandatory to champion certain social and humanitarian courses as it is modelled around the American system.

“First Ladies in America are mandated to pick a social course or a humanitarian course and champion it. So, Madam Theresa Kufuor, Mrs Naadu Mills and the rest of the former First Ladies picked up a social course and championed it . . . the office that the First Lady Rebecca Akufo-Addo is occupying now is the same office that former First Lady Lordina Mahama used to occupy,” he explained.

He again explained that the First Ladies engage in social courses since they cannot formally do any private business; hence, the humanitarian courses help them to be busy supporting their husbands and for that matter the nation and not idle around.

“In the fixed traditional system, First Ladies are mandated to be in charge of some state banquets, by making sure that the things are done in a certain way that their husbands like . . . the First Ladies have their itineraries on the side-line but because the President is the number one newsmaker, he gets the front page and the First Lady gets the middle page unless what she is doing is critical and prominent to get a front-page,” he posited.

“If you don’t know these protocols and details of their work, you can sit on the touchline and make a lot of ignorant noises . . . ignorance is the biggest challenge we are having in this country...,” he slammed.

A Land Of Jokers And Noise-Makers!

Salary issues of First Ladies would have been resolved - Koku Anyidoho 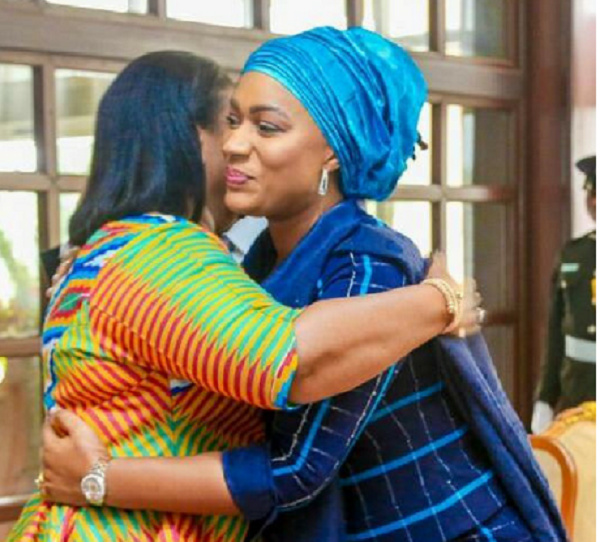