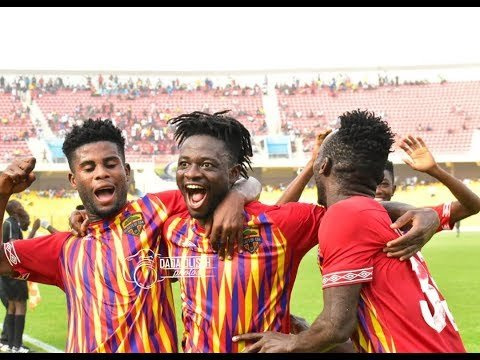 Ghana Web
Hearts of Oak have been confirmed as Ghana champions and will represent the country at the next season's Caf Champions League.

It is well over a decade since the Phobians competed in the prestigious competition which they won in 2000.

And this crop of players would be delighted to experience Champions League football on the continent.

The Phobians were confirmed as champions in the penultimate game of the season following their 1-1 draw against Liberty Professionals.

Their main rivals Kotoko were beaten 2-1 in Bechem to give Hearts a four points advantage with one game remaining.