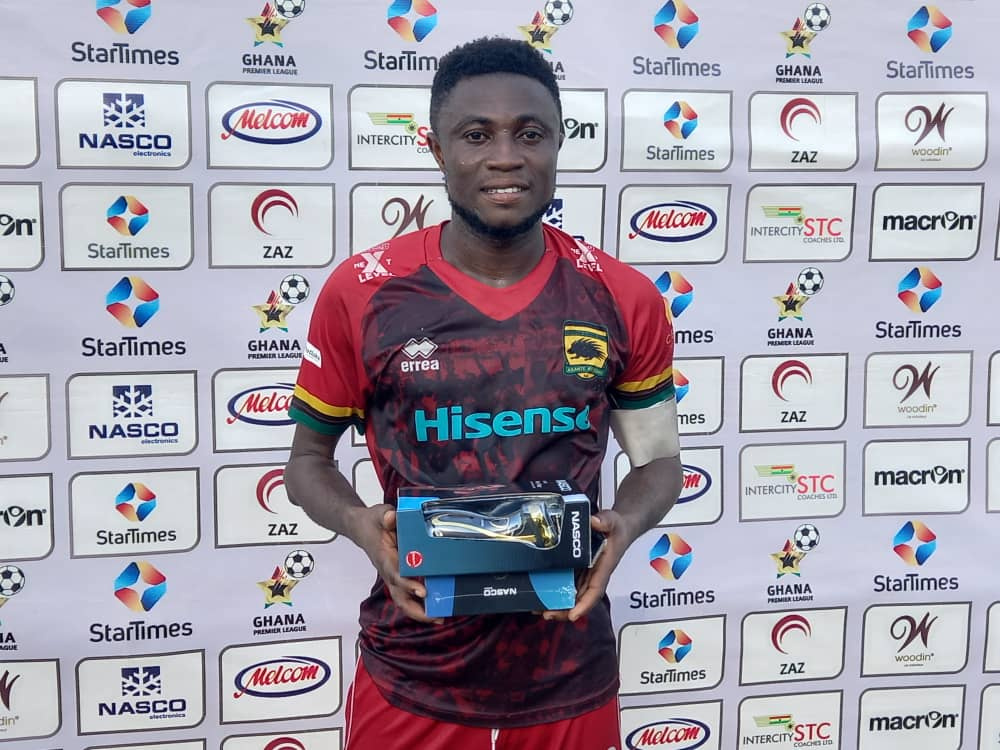 • The Disciplinary Committee of the GFA charged him with miscondcut

• The case will be heard via zoom today

Kumasi Asante Kotoko forward Emmanuel Gyamfi will face the Disciplinary Committee of the Ghana Football Association today, July 1, 2021 to answer to a charge of misconduct.

Gyamfi was slapped with a charge after he was caught on camera deliberately stamping an Inter Allies player in a matchday 29 fixture.

His conduct was deemed unsporting and a breach of Article (34) of the Ghana Premier League regulations.

A release by the FA stated: “Emmanuel Gyamfi is hereby charged for a breach of Article 34 (6)(d) of the GFA Premier League Regulations, 2019.” The misconduct charge was signed by GFA Prosecutor Supt. Solomon Korli and dated June 15, 2021.

“Emmanuel Gyamfi: You: on 14th of June 2021, during the match between Inter Allies FC and your team at the Theatre of Dreams, did stamp player number 45 of Inter Allies (Andy Okpe) in an off-ball situation around the 65th minute of the game, an action which in the opinion of the association is improper and likely to bring the game into disrepute.”

He will face the committee via zoom to defend why he should not suffer punishment for the misconduct.

Gyamfi has been crucial for Kotoko this season, scoring six times in his last seven matches for the club.

In the absence of substantive skipper Felix Annan, Gyamfi has been Kotoko’s skipper in most games.