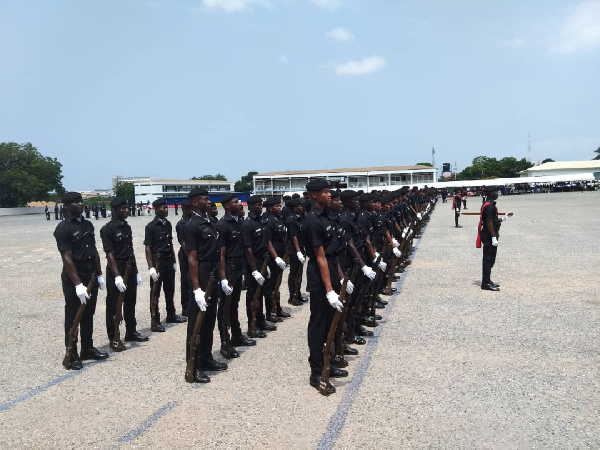 Ghana Web
Recruits of the Ghana Police Service (GPS) have been advised to maintain high discipline and improve on the standard of professionalism in the performance of their duties to maintain law and order.

The recruits numbering 326 who passed out from the Koforidua Police Training School were charged to be guided by the new knowledge and skills acquired and the traditions, values and principles of the Service.

Addressing the recruits in Koforidua, Commissioner of Police (COP) Mr Christian Tetteh Yohuno, Director-General in charge of special duties at the National Police Headquarters also encouraged the officers to do away with the delusion that police work was all rosy.

He said they should always remember the oath they have sworn whenever they encountered any unpleasant situation in their line of duties.

The general police recruit, an all-male contingent, displayed various skills in both foot and weapon drills to the admiration of the public at a colourful passing out parade at the Koforidua Jubilee Park.

They were reminded to also remember their sacred bond and be courageous but calm to develop self-constraints when things became tough in their course work.

Highlighting a developing crime phenomenon in recent times, Mr Yohuno said married men were brutally assaulting their wives which in some cases leading to death.

He said the cases were becoming worrisome, but assured the public that the police had all the capabilities to stem any onslaught.

He added the Domestic Violence and Victim Support Unit (DOVVSU) of the GPS was capable of handling domestic abuses when timely reported.

He called on women who were suffering any form of domestic abuse to go to the nearest DOVVSU office or Police Station to report without fear before things got out of hand.

COP Yohuno stated, “Domestic Violence is no more a private or family matter and therefore should not be covered up, but must be exposed to ensure safety in the communities.”

He called on families and community members who are witnesses to violence against women to file reports to any DOVVSU office to the law to take its course.

He said there had been tremendous changes in the police training at both senior and junior levels and that standardized examination had been introduced at the recruit level which was gradually transforming the mode of teaching and learning at the training schools.

COP Yohuno said that this year’s promotional course was designed to run in batches from June to October, adding, “The aim is to make young officers more robust, enlightened and efficient on the field of duty to fight both conventional and emerging crimes in a more professional and effective manner.”

The recruits as part of their training were taken through academic courses such as Practical Police Duties, Criminal Law, Criminal Procedure, Criminal Investigation, Law of Evidence, Criminal Offences Acts, and Report Writing. 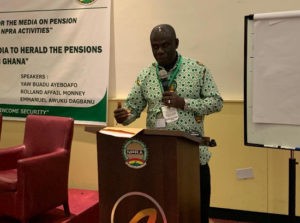