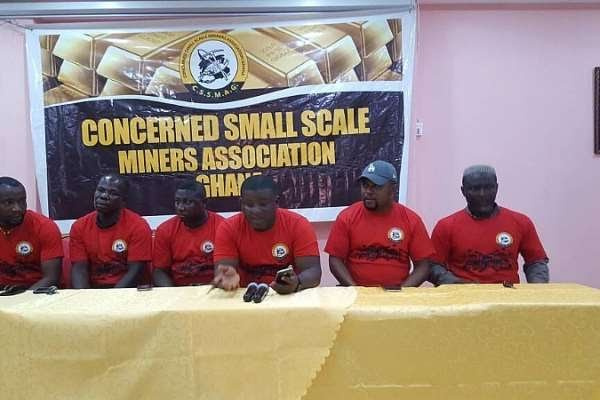 Ghana Web
The Ghana National Association of Small Miners has set up a task force to clamp down on expatriate illegal miners, particularly Chinese, who have almost taken over the small-scale mining business in the country.

Michael Peprah, who is the President for the Small Scale Miners in an interview with King Nicholas on Inside Politics on Power 97.9 FM Friday indicated their move has become necessary because they have realized the activities of the Chinese are contributing to the pollution of river bodies in the country.

He said the government has not been effective in tackling illegal mining holistically, stressing that the most casualties in the fight against the canker have been his members.

Barely two weeks ago, the Association said it would be heading to court to seek redress over the burning of excavators belonging to some of its members.

The government, as part of its campaign to flush out illegal miners from the country’s forest reserves and river bodies, has burnt several dozen of excavators and changfans (washing machines) found in areas not meant for small-scale mining.

‘Operation Halt II’, a task force set up by the Lands and Natural Resources Minister, Samuel Abu Jinapor, is bent on destroying the earth-moving machines to serve as a deterrent for other people who are mining along and in rivers.

The activities of the task force in its renewed fight against small-scale mining (galamsey) have already been given an endorsement by President Akufo Addo, leading to the burning of more excavators across mining sites.

Last month, the burning of excavators at Prestea in the Western Region fuelled more anger among the Small Scale Miners who have been badly affected by the destruction of excavators. Read Full Story
Advertise Here contact ads[@]ghheadlines.com
Related Items news
news

This one too shall pass – Piesie Esther encourages Joyce Blessing