Hon. Okudzeto Ablakwa says he has laid an urgent question before Parliament requesting the appearance of the Defence Minister to respond to why the President is not using his Falcon jet but chartering a private flight for his trips.

He also revealed that the President has spent over 2.8 million cedis on his recent trips and therefore demands answers.

“The Airbus ACJ320neo owned by Acropolis Aviation based in Farnborough, UK and registered as G-KELT, is the most luxurious and the most expensive in the Acropolis fleet. The manufacturers describe it as “the most outstanding ambassador for Airbus Corporate Jets.” It costs the Ghanaian taxpayer approximately £15,000 an hour when President Akufo-Addo rents it.

''President Akufo-Addo undoubtedly has the greatest taste any Ghanaian President has ever had, but the question is, should that insatiable appetite for his creature comforts be at the expense of the suffering masses?

''Let’s further analyze President Akufo-Addo’s latest trip to Europe: per Flightradar24, the G-KELT aircraft left Accra with the President to Paris on the 16th of May — a 6 and half hour duration. Airlifted the President from Paris to Johannesburg for 11 hours on the 23rd of May. Then Johannesburg to Accra on the 25th of May was a five and half hour flight. This gives us accumulated flight travel of 23 hours; so at £15,000 an hour, it thus cost us a colossal £345,000. At the current exchange, that is a staggering GHS2,828,432.80.

''I have therefore filed an urgent question in Parliament to compel the Akufo-Addo administration to be accountable to the Ghanaian people on this matter and ultimately to prick their conscience to end this obscene profligacy at this time of considerable economic hardships. The African people deserve better from their leaders," he wrote on Facebook.

Defence Minister To Appear Before Parliament

In an interview with Umaru Sanda, Hon. Okudzeto Ablakwa was asked whether the Falcon may have developed a fault, for which reason the government sought the services of Acropolis Aviation.

He responded; “That is why we are summoning the Defence Minister, who has oversight of the Air Force to tell us if the Falcon has developed a fault in these few days because we do know that the Falcon has been in pristine condition and that the other ministers have been using it. So we want to hear from the government on why the President chose that option.”

Why Preempt Your Own Question?

Assessing Hon. Okudzeto Ablakwa's statement, Kweku Baako held that the MP has preempted his urgent question before Parliament providing "political ammunition" for people to pass their judgements even before the Defence Minister appears to answer his urgent questions.

To him, the MP should have exercised restraint for the Defence Minister to come to Parliament.

"If I, as a Member of Parliament, who have filed a question [urgent question] and requiring a Minister of State to appear before the House to answer those questions, I'd be a bit patient and restrained in terms of prejudging, making prejudicial statements, predetermining those things . . . in the certain momentum, I will cite the framework of Parliament".

''What the Minister will say in Parliament if care is not taken, people will not believe; at least your support base because you have cultivated a certain sense, a certain momentum that whether you like it or not, I have laid down the solution. I have laid down the expenditure. I've found the man, in this case, I'm talking of the President, guilty. So, someone will ask then why even pursuing the Parliamentary option because you've judged it," he said during a panel discussion on Peace FM's ''Kokrokoo''.

Mr. Baako blasted Hon. Okudzeto Ablakwa saying, "it is inappropriate, the way he is gone about it. But you can't stop him because, now, he will say you want to impose a culture of silence or code of silence on him; so you dare not. He knows his strategy. He knows his tactics but I'm entitled to examine the quality of his strategy and possibly also make a verdict on the outcome''. Read Full Story
Advertise Here contact ads[@]ghheadlines.com
Related Items news
news

President's private jet: What is the state of the falcon? - Kweku Baako queries gov't 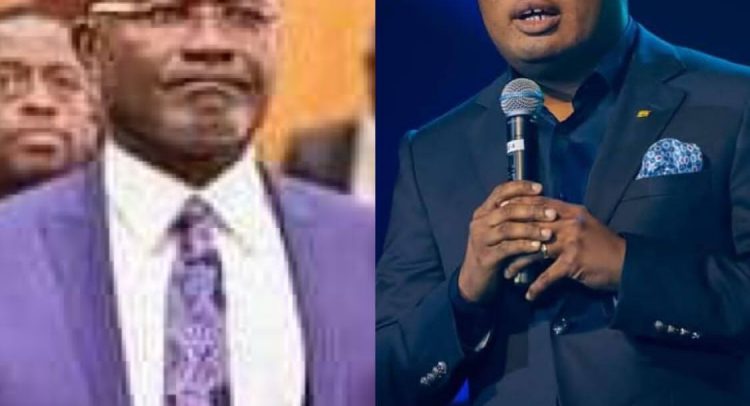