Ghana Web
The Electoral Commission (EC) is conducting a post-election assessment with key stakeholders to further strengthen its processes, the Chairperson of the EC, Mrs Jean Mensa, has said.

“We are not resting on the successes of the recent elections. We are currently in the process of reflection and discussions to ensure that our electoral processes are further strengthened,” she stressed.

Mrs Mensa stated this when members of the Network for Women’s Rights (NETRIGHT) paid a courtesy call on her last Tuesday to commend her for spearheading successful presidential and parliamentary elections in December 2020.

The meeting, which brought together some prominent women leaders, also sought to explore areas of partnership including how they could support the EC chairperson and other females heading public institutions in the country.

While thanking the group for their support since her appointment, Mrs Mensa gave an assurance of the EC's commitment to work tirelessly to ensure credible, free, transparent and peaceful elections in Ghana.

“You were a source of knowledge and inspiration. Indeed, some of you suggested a number of constructive proposals during the 2020 electoral process, which were successfully implemented. Your recommendations behind the scenes helped strengthen the Commission’s work and processes,” she added.

She noted that occupying a high office such as the EC could sometimes be ‘lonely’ as there were no trusted spaces to share experiences and engage with other women.

Mrs Mensa noted that although women constituted more the 50 per cent of the society, their voices were silent in key discussions and debates in the country.

She, therefore, stressed the need for women to come together to speak against ills in society.

“Women should let their voices be heard. Women have a strong voice but unfortunately, we have not used that voice effectively to speak up against the bullying and vilification of women in the society,” she stated.

She further affirmed her support towards instituting initiatives to empower women to participate actively in politics.

The Spokesperson of the group, Mrs Dorcas Coker-Appiah, commended Mrs Mensa and stated that despite the numerous challenges encountered, including the uncertainties around the COVID-19 pandemic, the commission instituted effective and efficient structures which resulted in a number of successful initiatives including the replacement of the voter's register.

Those initiatives, she noted, laid the foundation and structures for credible general elections.

She urged the EC chairperson to continue her good works and be guided by her faith and values.

“We know that stiff opposition you faced and its associated vilification right from when you were appointed through to the period after the 2020 general election.

"We assure you and other women in high public offices of our steadfast support toward making you succeed,” she added.

For her part, Professor Takyiwaa Manuh of the Institute of African Studies, University of Ghana, averred that women were just as competent as men to occupy public office.

She expressed concern about the limited representation of women in decision-making positions and noted that any electoral reforms should ensure that women were offered meaningful representation.

She observed that although women were not above criticism, the criticism ought to be constructive and not limited to demonisation and personality attacks. Read Full Story
Advertise Here contact ads[@]ghheadlines.com
Related Items news
news 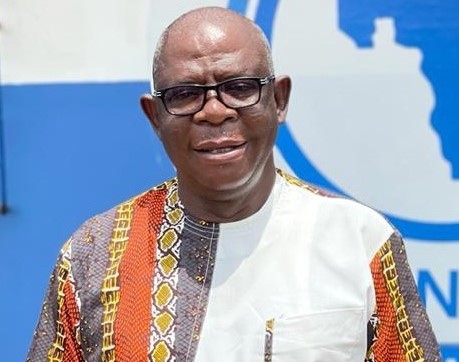