Nana Addo is only a watchman at the presidency - NDC 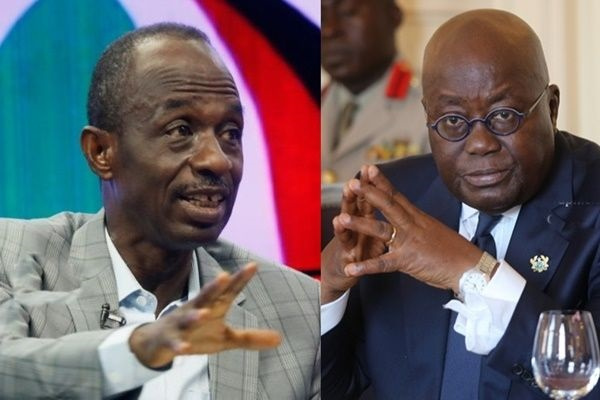 Nana Addo is only a watchman at the presidency - NDC

Ghana Web
General Secretary of the opposition National Democratic Congress (NDC), Johnson Asiedu Nketia has slammed President Akufo-Addo blaming him for the invasion of the military in the Chamber of Parliament.

Addressing the press on Friday, January 8, 2021 at the party’s headquarters, he said the chaotic scenes were a repeat of what happened during the December 7, 2020 general elections.

He said no one should be blamed for the incident but the President who he described as the acting Commander-in-Chief of the Armed Forces.

He stated all the intimidation, abuse of power and use of the military were an orchestrated way for the NPP to rig the polls for the election of Speaker but failed due to the diligence of the NDC MPs.

He said God found a way to expose the NPP and how they planned in rigging the process for the election of a Speaker just like they did in the presidential election which the party is currently challenging at the Supreme Court.

He insisted there would be a clear majority for the NDC if the Techiman South and other constituencies they have challenged are addressed.

He called on Speaker Alban Bagbin to investigate the invasion of the military and the ballot snatching by Carlos Ahenkorah, the Tema West MP, the breach of security in parliament which he accused the Marshall of doing.

He further asked for a full probe into the actions of the Clerk of Parliament.

He stressed notwithstanding the inauguration of President Akufo-Addo, the NDC shall not recognize him as the legitimate president of Ghana until all the issues surrounding his “flawed election” are satisfactorily resolved.

“The Akufo Addo you see occupying Flagstaff house is only doing so as a watchman of the place”, he claimed.