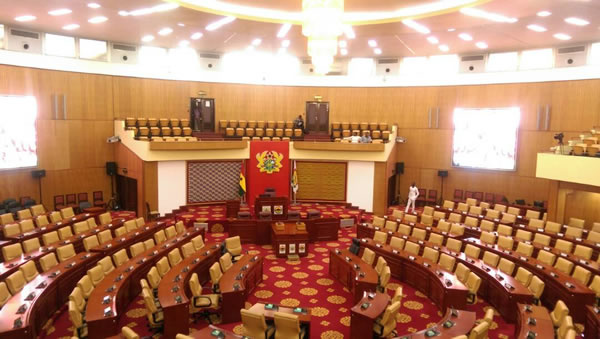 Ghana Web
President, Forum for Former Members of Parliament (FFMP’s) David Apasera has asserted that former legislators of the Fourth Parliament of the Fourth Republic are not insensitive in demanding some arrears owed them by the government.

According to him, the former Members of Parliament have now decided to demand their arrears for their services rendered to the nation because it was necessary for them to do so at such a time.

Speaking in an interview on Happy 98.9 FM’s Happy Morning Show with Samuel Eshun, the former PNC MP for Bolgatanga Central, noted that it was improper to speak about the conditions of former MP’s but the situation necessitated for him to do so. “After serving your term in parliament and coming out, your old post is taken over by someone and if you were in private practices, your clients would’ve been taken over by your competition leaving you broke.”

He disclosed that you can survive on your savings for only so long before you finish it. “Currently, there are former MP’s that cannot put food on the table of their families. Some are sick and cannot even afford to pay for treatment. It is a sad condition for some former parliamentarians.”

The former MP accused the Auditor General of having prejudiced the entire system hence its refusal to make their deserved payments to them.

The Auditor-General, Daniel Yaw Domelevo, has turned down a request by the Chief of Staff, Akosua Frema Osei-Opare, for an audit verification for the payment of arrears to legislators of the Fourth Parliament of the Fourth Republic.

The payments were to the tune of 80% salary increment for four years in addition to other arrears amounting to GHC 29.7 million in total for about some 130 people involved.

However, the Auditor-General stated in response on May 8, 2020, that the request was not valid because the arguments were based on the Chinery Hesse Committee instead of a Presidential directive.

Besides the ex-MPs, the names of several other Article 71 office holders were attached to the petition of the FFMP.

They included former President John Agyekum Kufour; President Nana Akufo-Addo, who served as a minister and MP for Akim Abuakwa South; businessman and founder of the Progressive People’s Party (PPP), Dr Papa Kwesi Nduom, who served as MP for Komenda-Edina-Eguafo-Abirem constituency and a cabinet minister under the Kufour regime; and Senior Minister Yaw Osafo-Maafo, Ayawaso West Wuogon among others.

Voter Register: We have no option, our hands are tied – Mornah

Voter Register: We have no option, our hands are tied up – Mornah

We have no control over judicial process –BoG tells parliament

We are committed to year of roads promise -Amoako Atta