ACP Agordzo is bold and I like him – Kweku Baako Jnr

ACP Agordzo is bold and I like him – Kweku Baako Jnr

Ghana Web
Abdul Malik Kweku Baako, the Editor-in-Chief of the New Crusading Guide newspaper, has described his admiration for ACP Dr Benjamin Agordzo, the Police Officer who has been linked to an alleged coup plot which is aimed at destabilizing the country and also overthrow a constitutionally elected government.

According to him, ACP Agordzo is a “very bold man, very outspoken man, very articulate, I’ll tell you something…I like him and I sincerely pray that what he is saying is factual.”

Mr Baako believes that ACP Agordzo is a very good police material in terms of professionalism and his (Agordzo) kinds are those that the police should preserve, promote and develop in service.

Speaking on Metro TV’s Good Morning Ghana on Thursday, Kweku Baako Jnr could not hide his admiration for the Police Officer who was bold to speak to the media at the court premises.

“I’m happy he has the courage to speak this way,” he said.

“He (Agordzo) will have his day in court…if what he’s saying is factual that in the WhatsApp group, he just put something there…that will be shocking, looking at his level of intelligence…I’ll be shocked,” he emphasized.

Mr Baako Jnr further suggested that Ghanaians will grant ACP Agordzo the benefit of the doubt especially when he is about to go through the court proceedings.

ACP Dr Benjamin Agordzo is in police custody for his alleged involvement in a coup plot. He was arraigned before the Kaneshie Magistrate Court in Accra.

Shortly after his appearance at a Kaneshie Magistrate Court ACP Agordzo told the media that they cannot break him down, “I am as strong as anything.”

Donning his UN regulation blue beret, he started his brief message with reference to a WhatsApp chat the contents of which he said was unrelated to the charge levelled against him.

The WhatsApp was a pointer to a group chat, part of a series of exhibits investigators are working on in relation to the coup plot.

“…WhatsApp group platform which is unrelated to any alleged coup. Nobody should bog me down. I am as strong as anything. I will stand for this till the end. They cannot break me down. Thank you very much for your support,” he said. 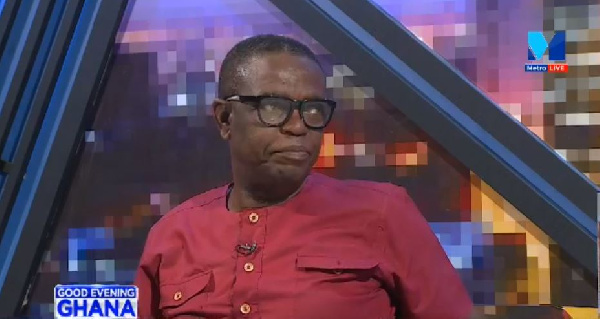 I have no issue with Kweku Baako – Kwesi Pratt Jnr

I have no issue with Kwaku Baako – Kwesi Pratt Jnr

Coronavirus: Elections will be held, whether we like it or not - Kweku Baako 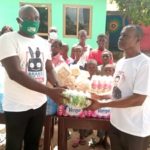 Where are your alternative figures and data? - Kweku Baako asks NDC over ‘cooked’ figures