Ghana Web
President Nana Addo Dankwa Akufo-Addo has lauded trainees of the Nation Builders Corps (NaBCo) for proving equal to the task in the agencies and organisations where they are operating.

He has consequently urged the NaBCo module implementation partners and agencies to first consider the trainees for employment whenever opportunities for permanent employment come up.

He commended the agencies for their partnership of the scheme and said there was the need to recognise and reward the sacrifices made by the trainees who had received positive testimonies from the agencies and organisations where they served.

President Akufo-Addo, who made the call when he launched the NaBCo Skills and Talent Training Academy (NSTA) at the one-year anniversary of NaBCO in Accra yesterday, gave an assurance that as the economy grew rapidly as a result of competent management and appropriate policies, many more employment opportunities would be generated.

The launch was on the theme: “Investing in the youth: Securing our future through opportunities for work and nation building”.

The NaBCO programme is a government initiative to address graduate unemployment to solve social problems. The focus of the initiative is solving public service delivery in health, education, agriculture, technology and governance and drive revenue mobilisation and collection.

Currently, 100,000 trainees are benefiting from the policy, with each trainee taking home a GHc700 monthly allowance.

The President explained that the NSTA was aimed at signaling and bringing clarity to the existing preparation of NaBCo trainees.

“I urge all trainees to commit to this with the same extent that they add to their workplace because this ultimately will deliver the requisite value addition, the entry qualifications and competency of all trainees, thus making them both work-ready and career-driven in their future pursuits,” he added.

He stated that the government was investing GHc3 billion over the 36-month duration of the scheme and urged the trainees to continue to seize the opportunities offered by the scheme to develop themselves.

“As a trainee, your NaBCo story must be one of continual growth. It is our hope that you transition smoothly into your desired career path as a result of the value addition being derived from the scheme,” he said.

President Akufo-Addo said prior to the coming into effect of the programme, all those currently enrolled on NaBCo would have added to the growing number of unemployed graduates and become members of the Unemployed Graduates Association.

“The previous reality was that it took a decade for a graduate exiting tertiary education to find his or her feet on the labour market. The implications for us as a nation were grave and could not have been allowed to continue,” he added.

President Akufo-Addo said graduates who enrolled on the programme were guaranteed work placement lasting over 24 months, reinforced by on-the-job training, as well as generic sub-skills training to add value to that basic academic qualification.

He explained that when the current trainees were about to exit the programme, concerns over their future would appear moot, because trainees would be equipped and thrive without recourse to NaBCo planning the exit arrangement.

He said presently there was hardly any sphere of national life where the contribution of the young trainees was not being felt because they were in areas such as education, agriculture, health, local government, the digitisation process, revenue mobilisation and the private sector.

The President said 12,750 NaBCo trainees were working with the national digital property addressing system, while 200 with the Inter-Ministerial Committee on Illegal Mining, had, through a partnership with the University of Mines and Technology (UMaT), been given skill training in operating the surveillance drones procured by the government and were awaiting their licences to become certified drone pilots.

He added that the Ministry of Finance, in partnership with Oracle Ghana, was building the capacity of about 100 trainees to assist in the digitisation and the management of the systems deployed under the Public Financial Management reforms programme.

A Justice of the Supreme Court, Justice Samuel K. Marful-Sau, who represented the Chief Justice, Justice Sophia Akuffo, gave an excellent account of the work of the NaBCo trainees who, he said, had helped the delivery of justice in various aspects.

He said the Chief Justice had indicated that the Judicial Service would need more of the trainees and assured the President that they would be given priority whenever there was an opportunity for employment.

He said the trainees had been helping as accountants, translators, court clerks and information technology experts who had been assisting in executing the E- justice programme.

Justice Marful-Sau added that the Judicial Service had a monitoring team that had been assessing the work of the NaBCo trainees and the reports gathered indicated that the trainees were hardworking, punctual and dedicated to their work.

The Chief Executive of NaBCo, Dr Anyars Ibrahim, said over 11,000 people had already exited the scheme to permanent employment, among others.

He said from the position of empty-pocket graduates, the trainees had been able to contribute about GHc500,000, which was being offered to the deprived in society. 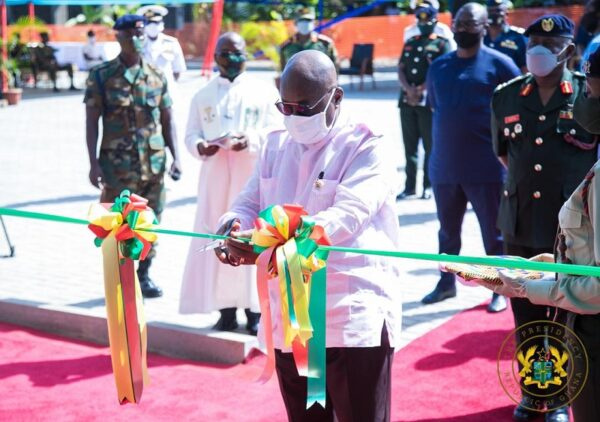 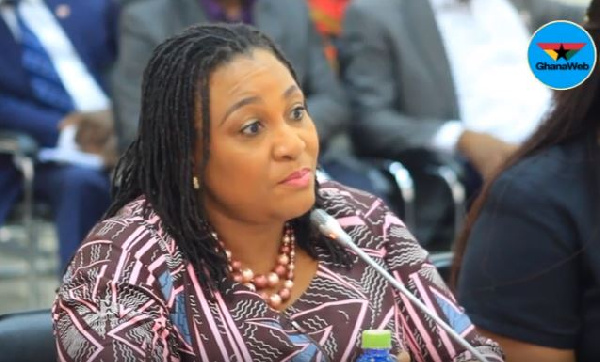