Ghana Web
A Journalism and Communications lecturer at the African University College of Communications, Samuel Ato Afful has joined the fray in describing the investigative reportage by British media house, BBC, as shoddy.

Mr. Ato Afful noted that the documentary was sensationalized without containing the compelling elements it was supposed to project.

He added that the report by BBC Africa Eye was below par seeing that they are an institution with high standards that do not lack the appropriate resources for such a venture.

“…we are always emphasizing the need to be comprehensive enough. Don’t leave the rooms for unnecessary questions to be asked about your report. This one is shoddy.
It wasn’t done by some village broadcaster that does not have the equipment and the support; BBC has it. It took them one year to produce this, it’s shoddy. If my student did this for me, I’ll fail them... this is pure sensationalism and shouldn’t be encouraged,” he remarked.

Speaking in an interview with www.ghanaweb.com, the AUCC lecturer lamented that the BBC reporters who posed as students could not have achieved the desired results since they didn’t enrol and pass through the school’s system. He indicated that students are more discreet and respectful towards their lecturers; something the undercover reporters lacked.
Ato Afful also noted that the reporters knew they had nothing to lose, hence their stance.


“…she had nothing to lose so she could go all out and entice anybody because she’s not a student… Even if the lecturer is known to be somebody who allegedly abuses students, when you walk to the office there’s some fear and respect. I didn’t see it in this one. She had been coached, so she went in to do a professional job.
In as much as she was alone with the professors in their various offices, she knew at the back of her mind that the whole world was behind her...” he finalized

Two Senior lecturers at the University of Ghana as well as Lagos have been interdicted by their institutions after they were implicated for sexually harassing students of the school.

An investigative piece by BBC Africa Eye reporters posing as students brought to the fore the misconducts of the professors.

Despite vehemently denying the validity of the documentary, authorities of the university have requested for the suspects to step aside for investigations to be carried out.


“In line with University regulations, the two will be invited by the Anti-Sexual Harassment Committee in the next few days to assist with further investigations into the BBC documentary.

“While the University of Ghana believes sexual harassment is fundamentally about exploiting power imbalance and voicelessness, we also understand the harmful impact it has on individuals, families and institutions.

“It is for this reason that the University has taken steps to encourage students and employees to report any form of sexual harassment and misconduct, and has also instituted measures to punish anyone found guilty of the offence.

“In all instances where the University has been provided with information and/or evidence of sexual harassment or misconduct, our Anti-Sexual Harassment Committee has investigated the matter, interviewed the parties involved, and after making a determination, we have applied the appropriate sanctions as outlined in the policy, including dismissals. The University will prosecute the current matter under investigation, in addition to all outstanding cases before the Committee.

“We would like to state emphatically that the University of Ghana does not and will not shield any employee or student found to have engaged in sexual harassment or misconduct. No member of the University is considered above the law," the statement signed by Director of Public Affairs, Stella Amoah read.

THE FIVE MAJOR PIECES OF THE LIFE PUZZLE

EC commissioners must be jailed if they cause mayhem - UCC lecturer

I Sold My Medal For Cocaine …Ex-Sao Paolo Star

Coronavirus in Kenya: 'I buried my cousin on Facebook Live' 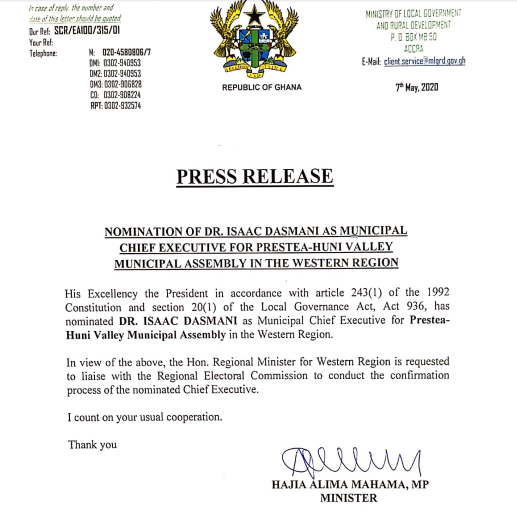