The tournament which took place at the 4th Garrison Officers Mess Tennis Club arena witnessed some staff and customers of Barclays competing to grab the bragging rights and the ultimate trophy.

At the end of the game, the 4th Garrison Officers Mess Tennis Club who paraded crack tennis stars such as Robert Tetteh, Samuel Aidoo, Joshua Mensah, Nana Atakorah, Nii Kwei and others, were seen in a jubilant mood on the court.

Owusu, who was the favourite to win, lived up to expectation as he applied early pressure with powerful shots.

The tournament was to encourage competition, networking and promotion of a healthy lifestyle among Barclays staff and customers.

The Head of Affluent Segment at Barclays Bank, Ms. Evelyn Acquah disclosed that Barclays Bank wants its customers to live healthy, hence the banks’ commitment to make the event even bigger as it changes its name and brand from Barclays to Absa. 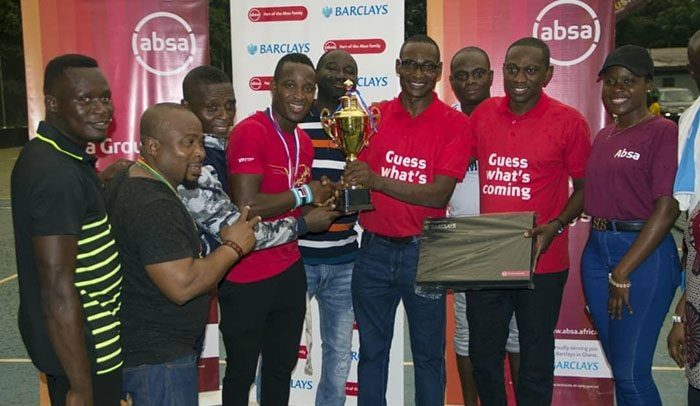 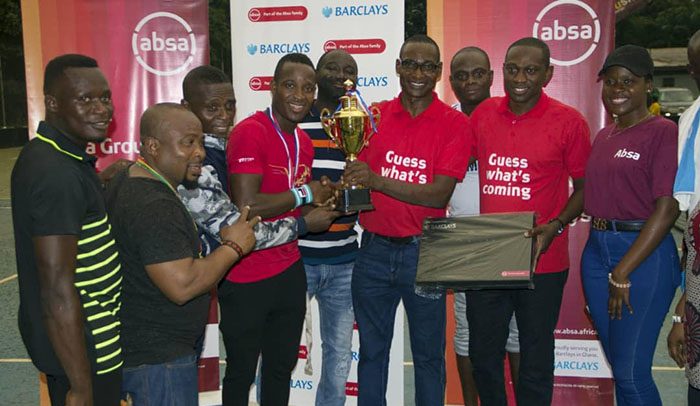