Ghana Web
Shatta Wale is in the news again for taunting his friend-turned-rival Sarkodiefollowing the exit of rapper Strongman from SarkCess Music label.

The label which has worked with the Kumasi-native for the past two years released a statement on Sunday, April 14, about the end of their contractual agreement. The statement which described Strongman as a ‘gem’ promised to continue to offer support to the rapper when the need arises.

The news was met with mixed reactions but what caught everyone’s attention was Shatta Wale’s tweet which sought to taunt Sarkodie. His tweet claimed the BET Award-winning rapper is broke, hence, Strongman’s exit.

“If u get money as an artiste. You won’t worry when pushing a talent...it’s an investment from the money you have made but if you can’t push then my nigga you broke ass,” he tweeted on Monday, April 15.

When we first signed, the “2 year” term felt like forever but here we are... ???? @StrongmanBurner We Thank Ghana and the rest of the world ???????? @SarkCess pic.twitter.com/IM9V9VZx5k

His disharmony with Sarkodie coupled with his braggadocious attitude clearly influenced his latest tweet. His tweet aims at running down Sarkodie’s legacy and wealth, and all the efforts he imparted on Strongman during their two-year working relationship.

At every least chance, Shatta Wale takes a swipe at the SarKCess Music record label owner. He even shaded the rapper in his recent Facebook live video (for no reason).

It seems their rivalry will not end anytime soon considering Shatta Wale’s constant superfluous social media rants. He seems comfortable with the tractions he gains from the controversial, sordid social media shoves.

There are rumours that Strongman did most of the jobs during his stay with SarkCess Music. But, outwardly, most people saw Sarkodie’s efforts and impacts.

He had great stage appearances during his time at SarkCess Music. Both local and international stages, he had several opportunities to rock his fans and showcased his talent.

One of the biggest things to have happened to him was his appearance on Tim Westwood's “Crib Session” freestyle show. The performance which was viewed by thousands of fans across the globe gave him a major career boost.

On his streaming records, his top music video on YouTube has nearly two million views; the second has nearly eight hundred thousand views. He dominated iTunes charts anytime he released a song.

This is by far the best thing that has happened to the young man’s career.

The self-crowned most influential artiste and the richest musician in Ghana – who claims to even be richer than his ancestors – signed three artistes under his label. SM Militants, which is made up of Joint 77, Addi Self and Captan (they are not a group according to the label) were signed two years ago.

It’s sad that despite Shatta Wale’s influence and riches, the Militants are now forlorn. Shatta Movement Empire label can’t even boast of a single hit from these artistes. Shatta Wale could easily attribute one of the featured hits songs to the Militants so that they can enjoy a little fame, stage appearances or probably awards but out of avarice, Shatta Wale owns all the songs.

All he does is to parade them like his bodyguards and flunkeys who stray on stage like retainers while their leader performs. He gives nobody a chance to showcase their talent – the only chance he gives them is to mime on their featured songs. After that, they will stand behind him like pillars until he is done with his performance.

And talking of talent, it seems the Militants aren’t ready for showbiz. They are just some empty barrels. Shatta Wale – who claims to be the man of all knowledge (Kwaku Ananse) in show business and Ghana music – put his knowledge aside and signed chavs. Yes, they are complete chavs. It’s either they are yelling on beats or follow him to the studio to stream their inept recording sessions.

Unlike Strongman, the Militants have never been booked for shows or performed as solo artistes without Shatta Wale. Even Wale’s dancehall arch-rival, Stonebwoy, whose signee Kelvyn Boy launched his career a year and half ago and embarked on several club tours in Ghana and performed on top international stages with his boss, has more influence than the entire Militants.

Their video views on YouTube are not encouraging and they have a zero-brand presence in the music industry. It goes a long way to evince Wale’s influence on the young artistes.

It’s time Shatta Wale gets his priorities straight and pay attention to the popular adage: “the pot calling the kettle black.”

Shatta Wale has nothing to show for the Militants. His own brand is dwindling and falling apart so the back and forth with other artistes will distract him from doing what is needed to be done.

What lies ahead is for him to project the Militants; give them good brand image, use his influence and the plenty cash to promote them on radio and TV, and review his booking packages – which should include the Militants as mandatory solo performers just like Stonebwoy and Sarkodie have done over the years. Shatta ought to know better. His boys need real help – not social media brags and noise.

Until this is done, Shatta Wale has no moral right to taunt Sarkodie over the exit of rapper Strongman from SarkCess Music. 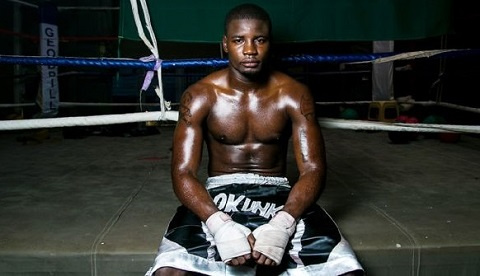 Feature: What happened to Frederick Lawson

Feature: What happened to Frederick Lawson

Angry Sarkodie claps back at Shatta Wale for jabbing him again; tells him to stop fooling

Sudan banned FGM - what happens next?